Years ago, when NightRider was still just a twinkle in the eye of its founders, one of them—George “Jawbone” Ganem—was on a mission. Arizona Bike Week was around the corner, and George wanted to have a ring ready for the occasion. Something that would capture all the attitude and style of the motorcycle rally he had helped to found. He knew he needed to create something special—a little edgy, a little rough and wild, and very…Arizona. And so he designed and crafted the snake biter ring, inspired by the feeling of wind in his hair on the open road, his fierce devotion to home, and his love for the freedom this great country provides. 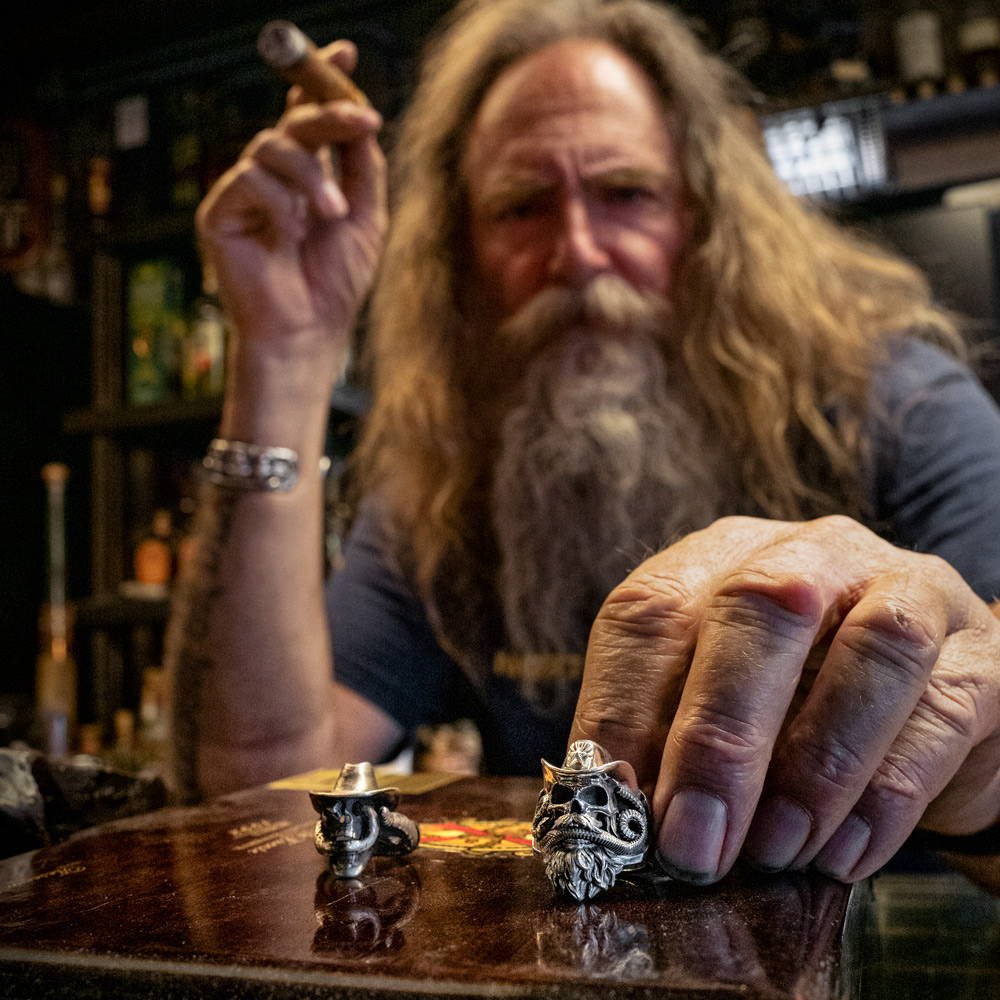 We’ve now re-imagined that long-ago ring, designed for the rally where NightRider’s roots eventually took hold. The 1912 ring is about who we are and where we come from. It’s a love song to the modern wild west, our home. And it’s an all-American, no-holds-barred homage to the entire extended NightRider family—because all the people who have steadfastly embraced and supported us from the beginning are, in fact, our family. This is the ring that speaks to us across time and reminds us that our shared purpose, ideals, and our love of freedom are what truly make us a tribe. The 1912 ring is everything that first ring was and more, because it’s the embodiment of just how far we’ve come together. 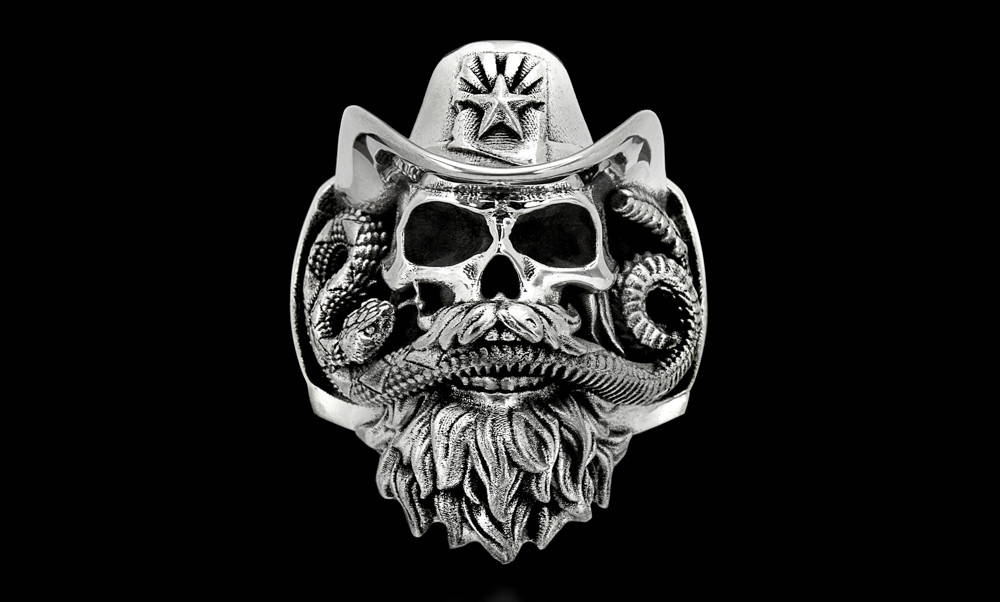 There’s a story told in every NightRider piece—and the 1912 is no exception. And since this ring is of part of the NightRider history, we wanted to share some of the themes incorporated into the design. But as always, the true intent of every piece of jewelry we create is for it to become a part of each person’s own personal journey—to make it theirs by adding their own stories—so that it tells the tale of who they are and what they stand for.

The Name: It was in 1912 that Arizona became the 48th state. In many ways, Arizona is still the wild west…and it’s both our home base and where our hearts are.

The Cowboy: The ultimate symbol of independence, the cowboy is in his element with open skies and almost limitless freedom to roam. He is the epitome of rugged, thriving where others only hope to survive.

The Skull: It’s not just a reference to our shared mortality, but a call to seize each day we’re given and to live our lives to the fullest. The skull has been at the core of NightRider’s designs from the very beginning.

The Flag: The hat front features the outline of the state of Arizona, along with both the star and the rays of the setting sun from the Arizona state flag.

The Beard: Back when Jawbone first designed his snake biter ring, he didn’t have much in the way of a beard. He’s since resolved that issue (see image above), so we added the beard to reflect his now-abundant facial hair.

The Diamondback: The rattlesnake has been, and continues to be, a strong theme in many NightRider pieces. It’s not only an iconic symbol of the wild west, but an image that references the theme of freedom, from the first hints of revolution in the original thirteen colonies and beyond.