Call them what you will: jarheads, leathernecks, devil dogs. Make no mistake; they'll wear those names proudly. But the name they have truly earned is "Marine." It's a title achieved through blood, sweat, and raw determination. And it's an identity that bonds these American warriors together and defines their brotherhood, mission, and values. Because attaining the title of US Marine means being bound together by a single collective purpose: the protection of the nation and the advancement of its ideals. 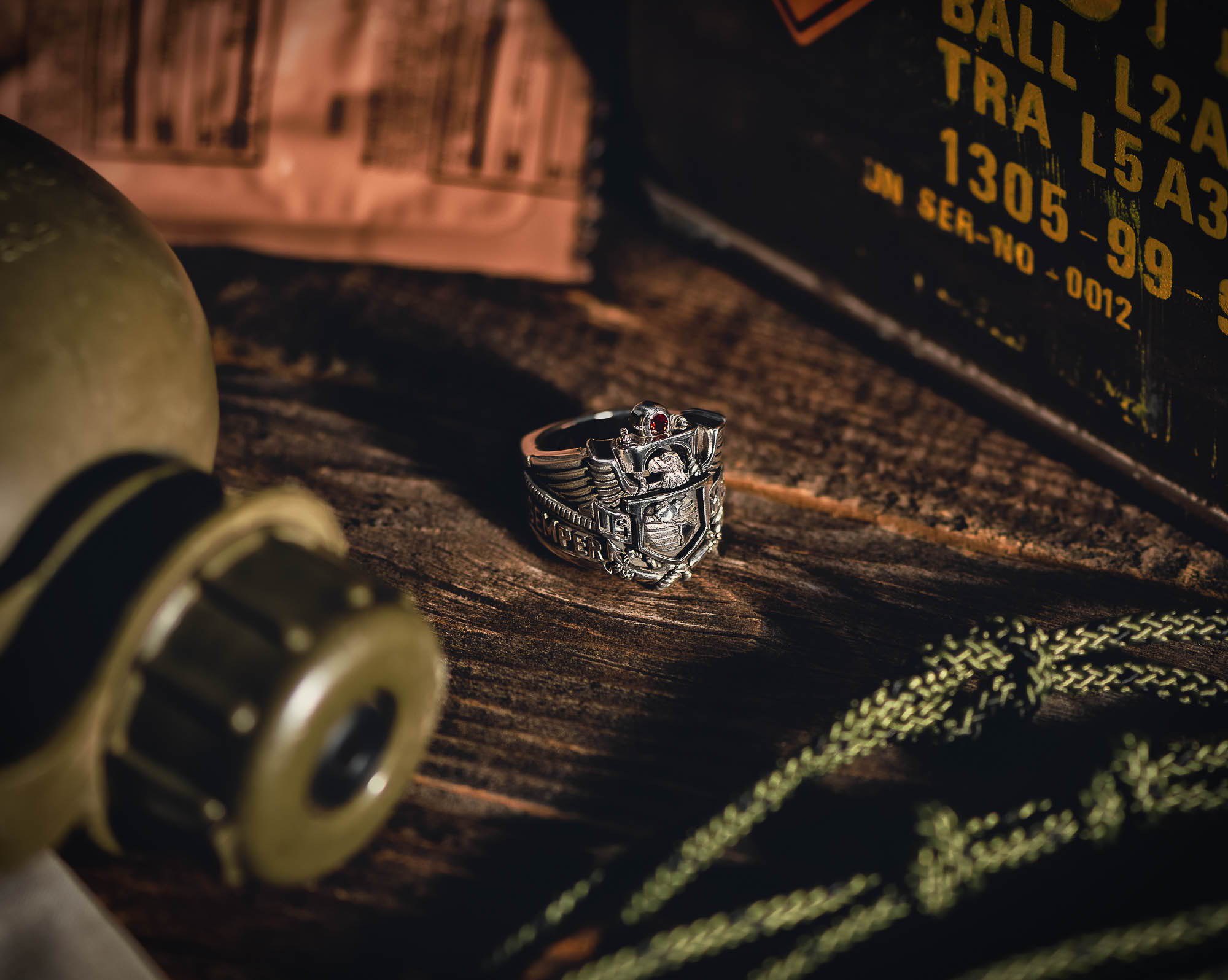 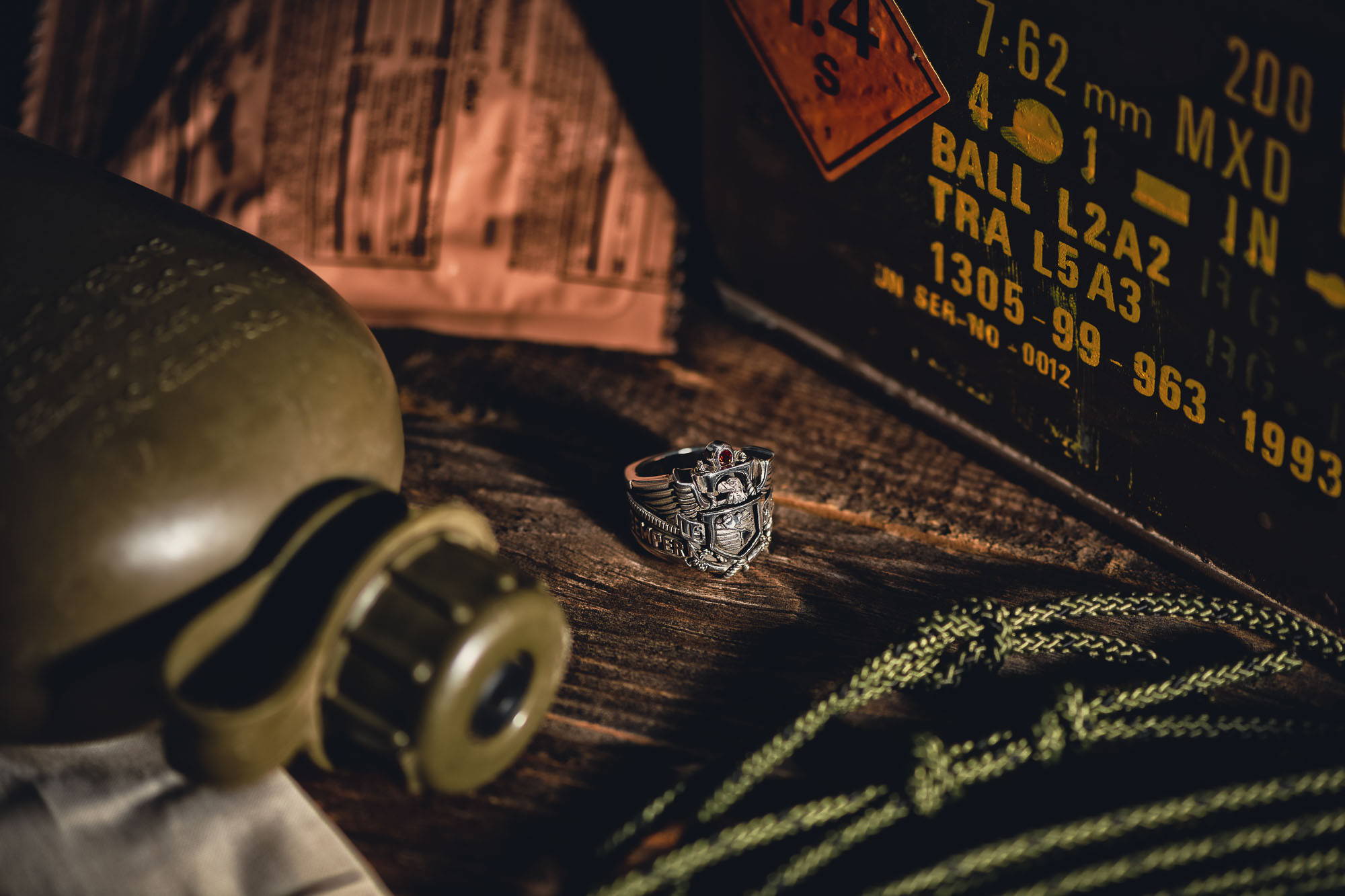 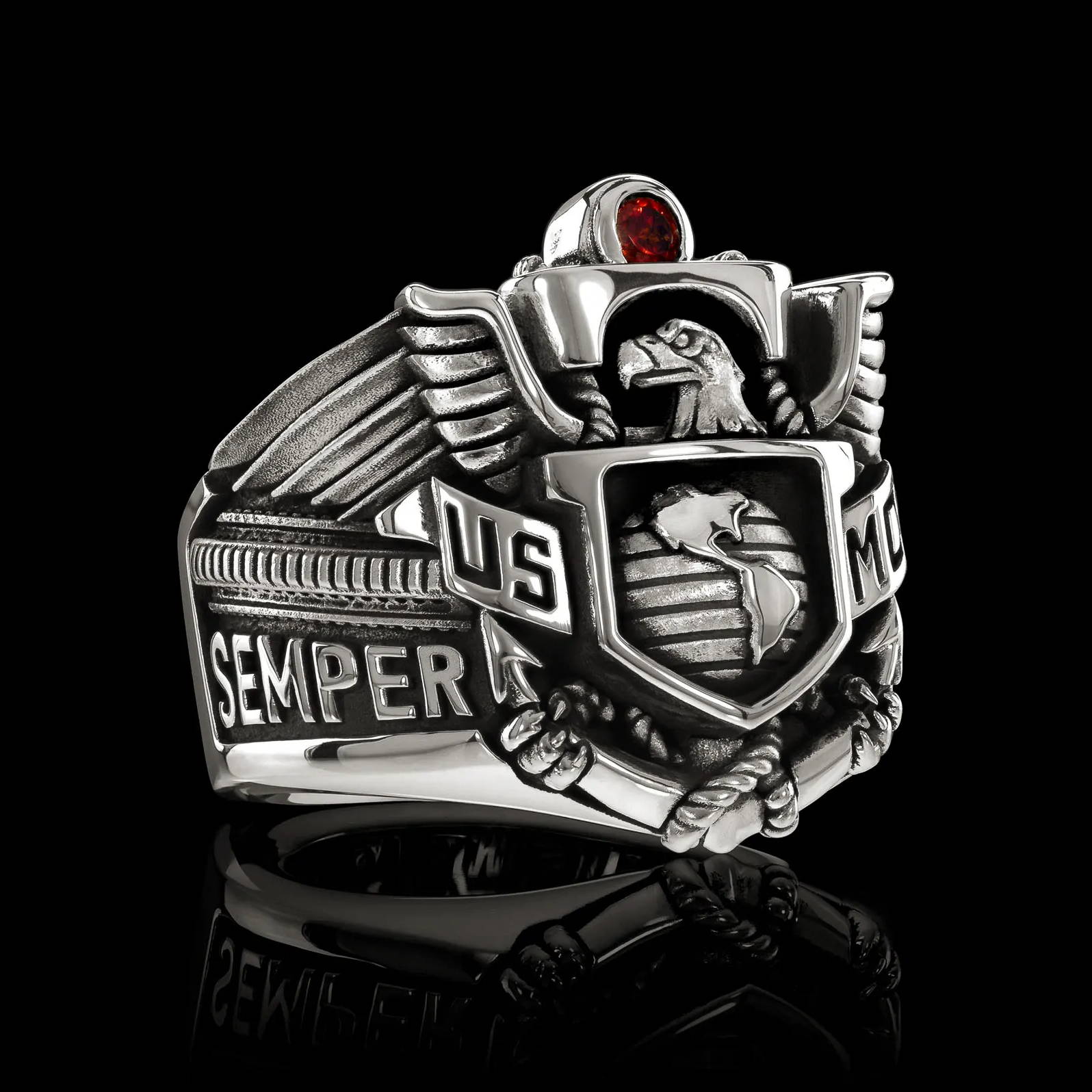 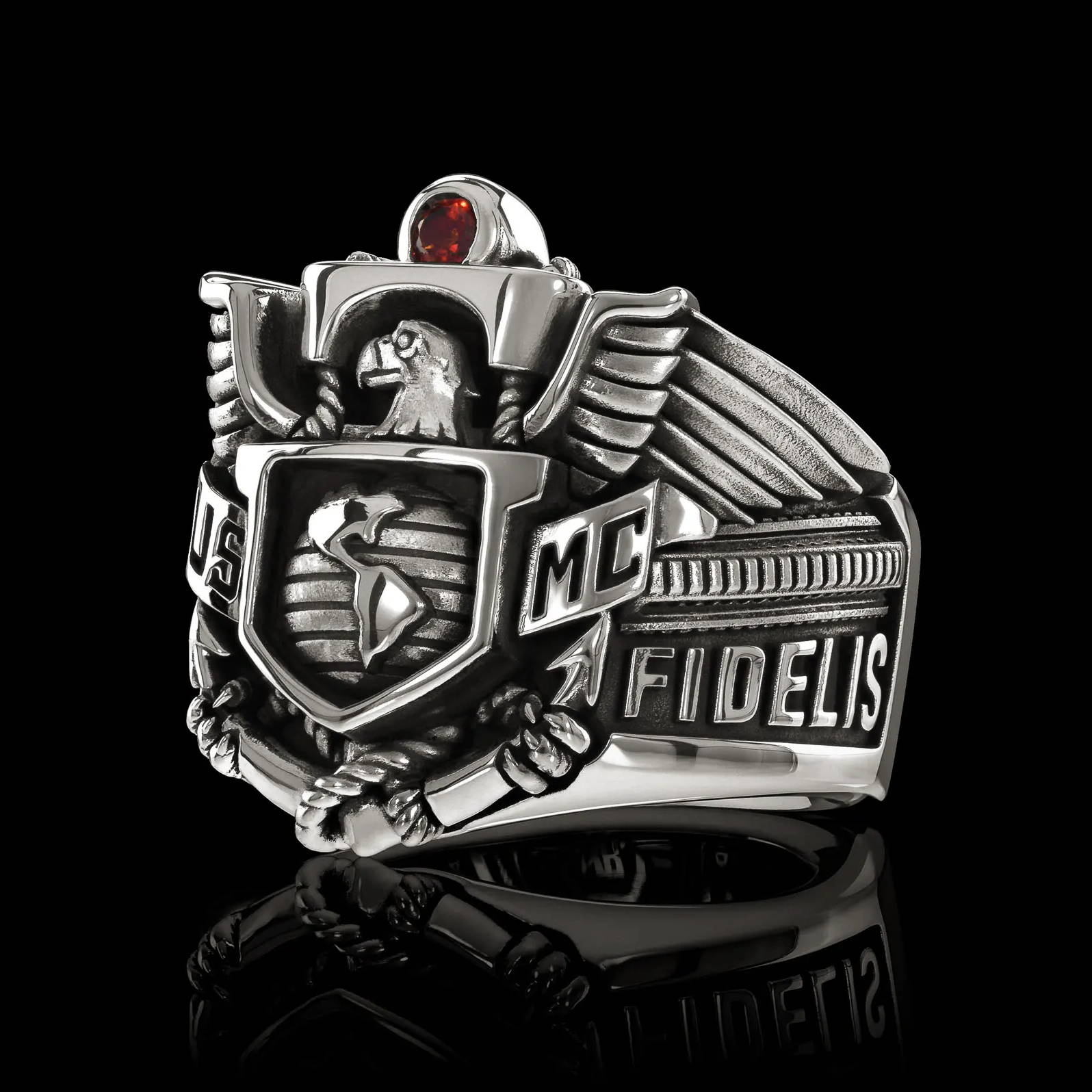 You may have heard it said: “There's no such thing as a former Marine.” In that same vein, you can be sure that there are no ex-Marines, either. Why? Because the fact is, either it's been earned, or it hasn't. Being a Marine is a distinction that, once achieved, is retained for life. Wherever their lives take them, in uniform or out, the code that all Marines live by remains the same: honor, courage, commitment. 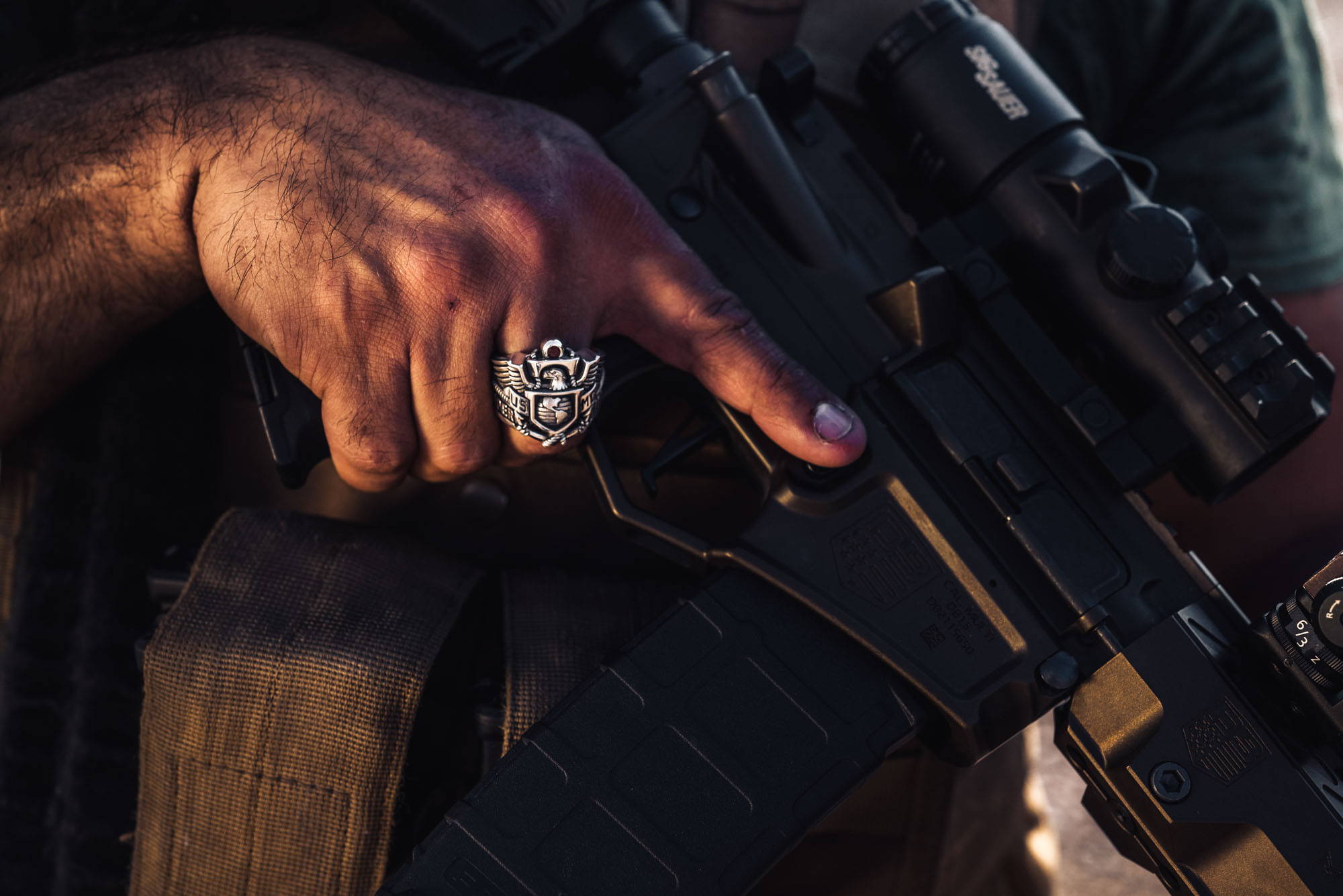 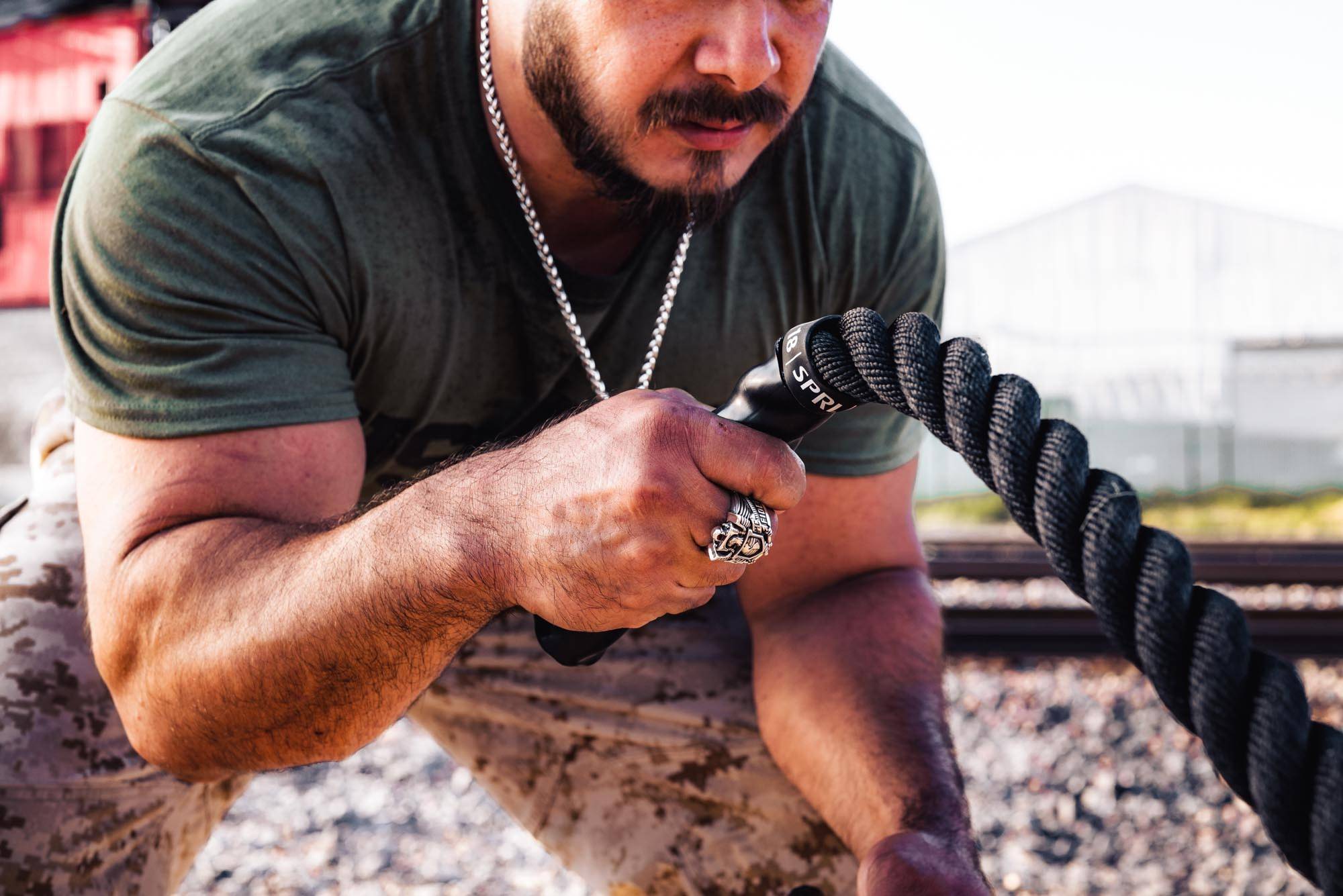 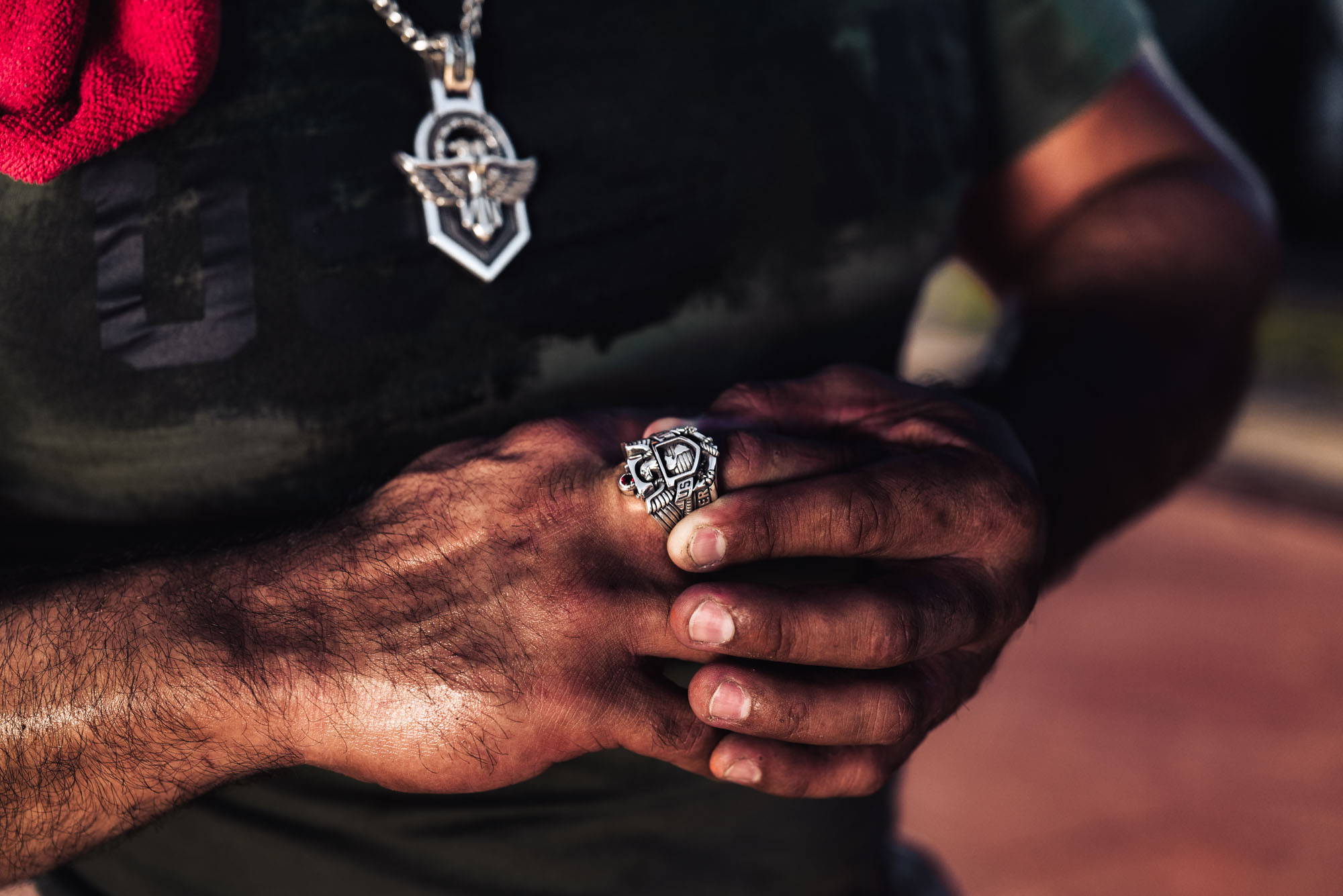 Whether you're a US Marine yourself (thank you for your service!) or have a United States Marine in your life, the USMC Ring brings all the rich history and traditions of the Marine Corps to life. As proud and bold as the service it represents, this solid sterling silver Marine ring reflects the resolve and fortitude of every warrior that has earned the title of Marine. From the American eagle to the Globe and Anchor, each design element honors their dedication to both country and one another. 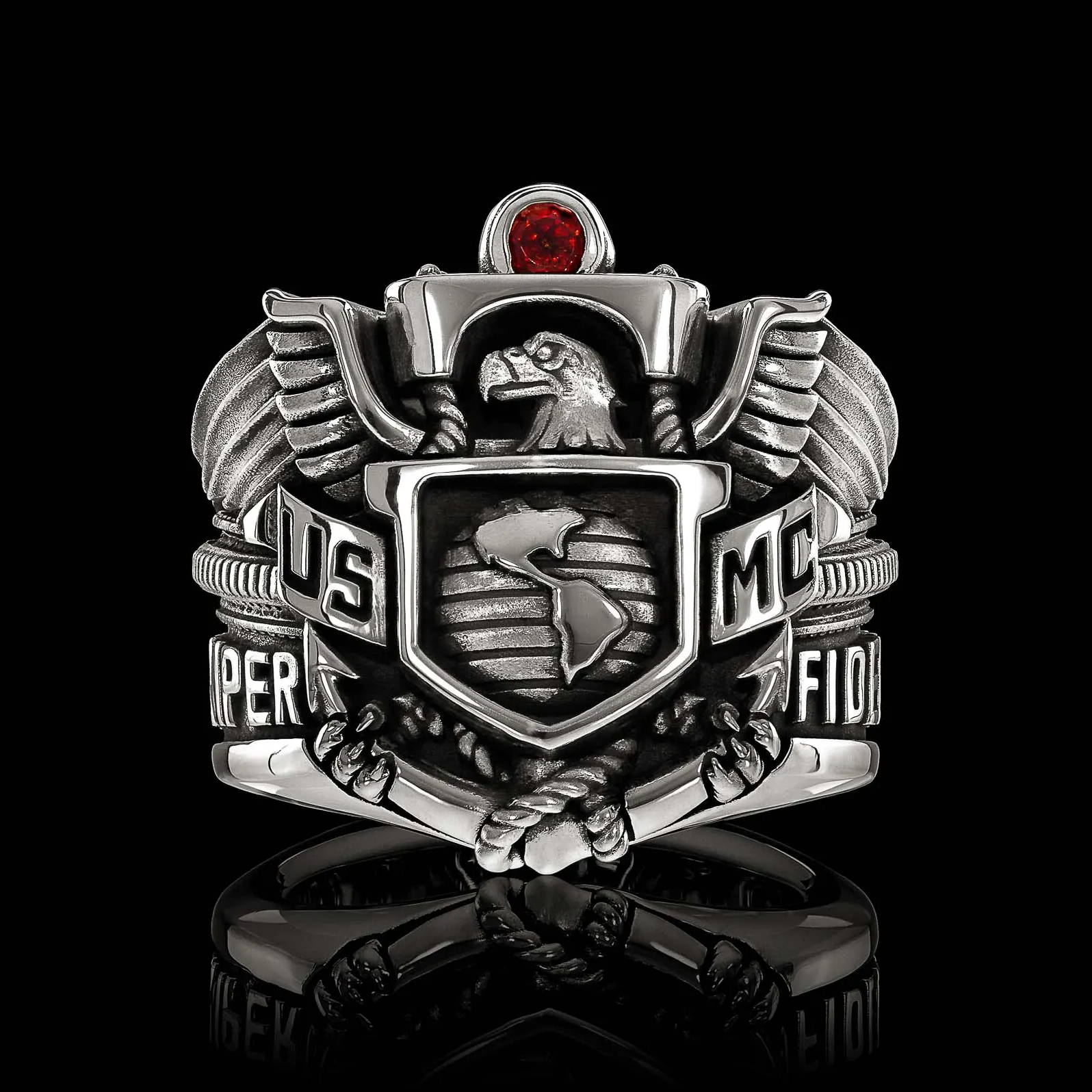 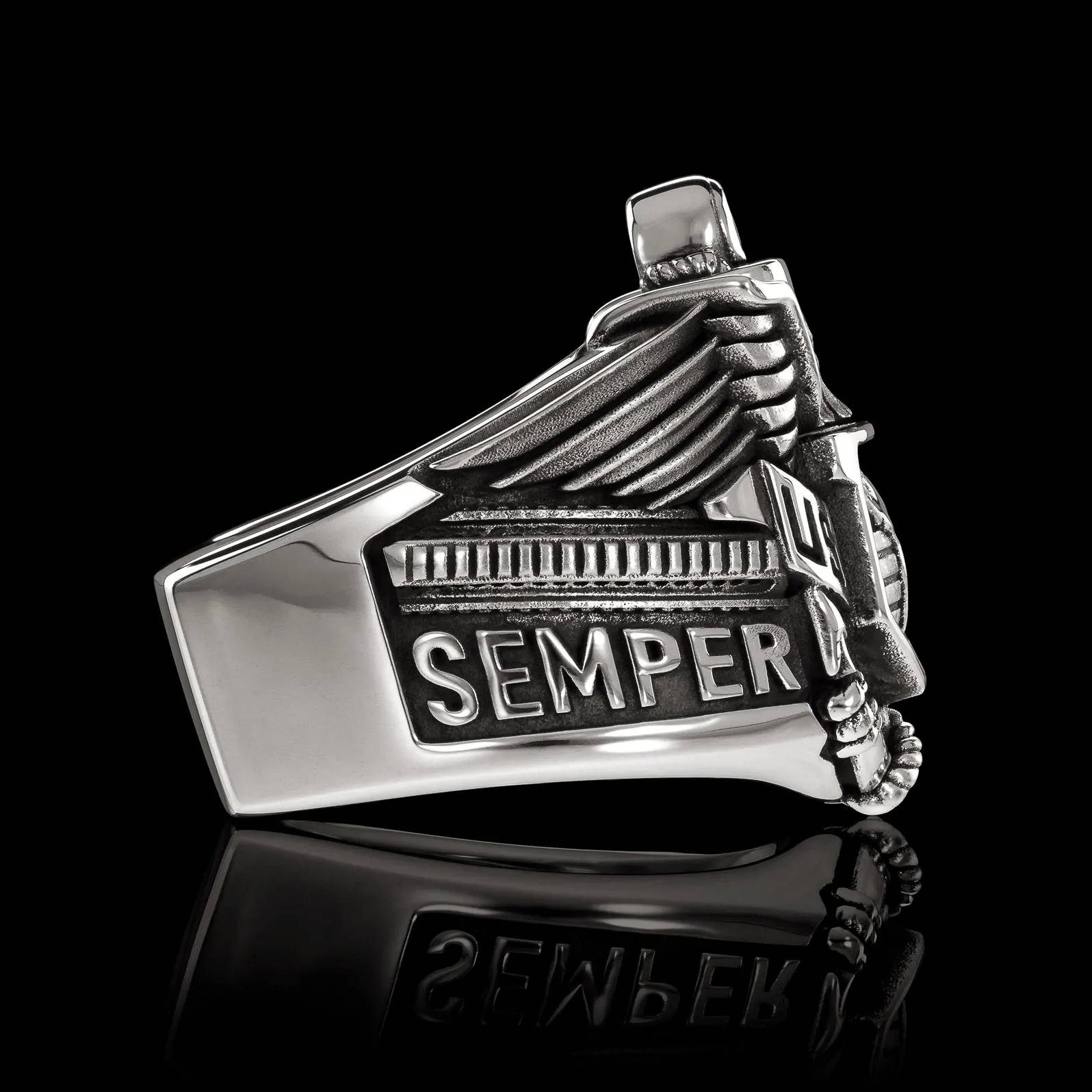 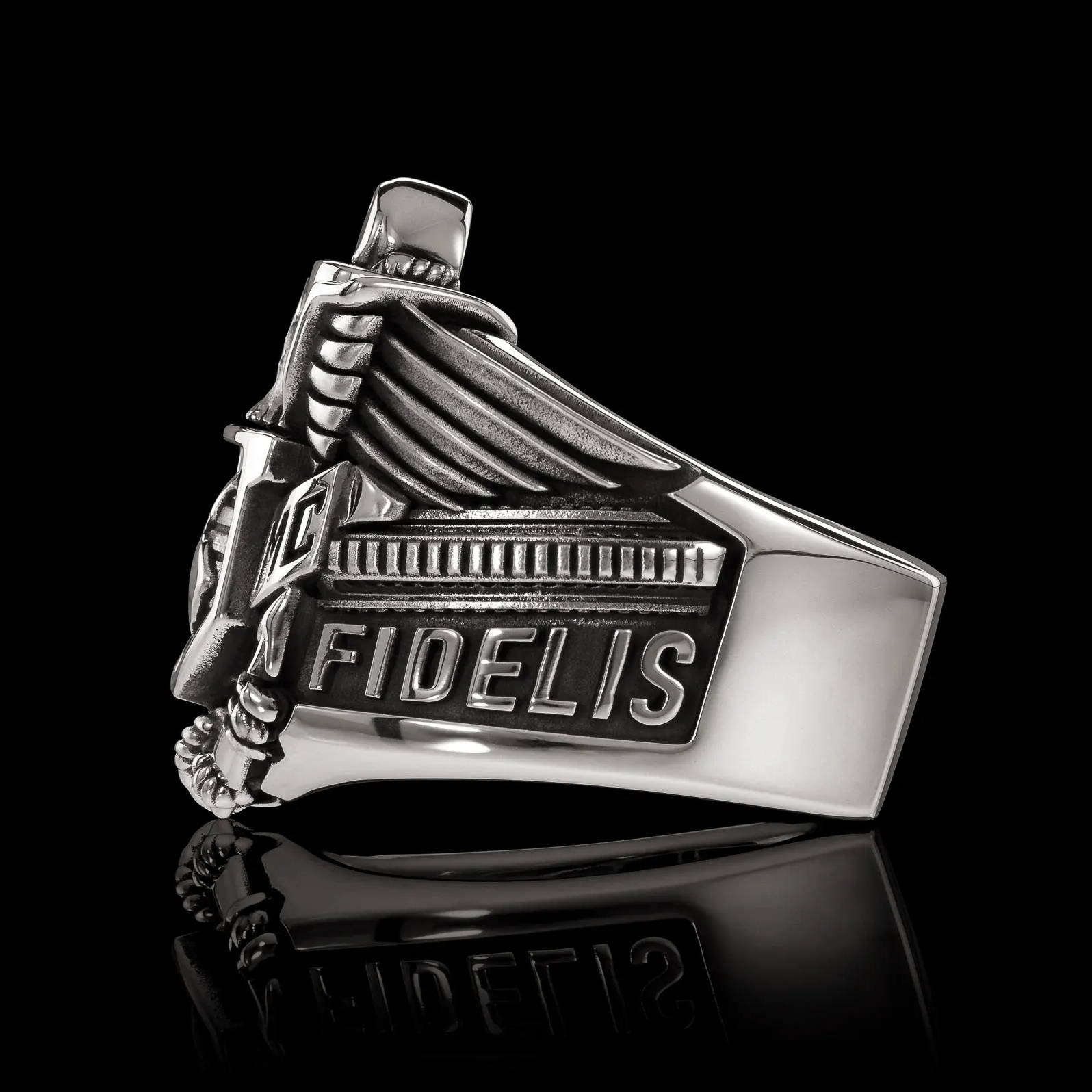 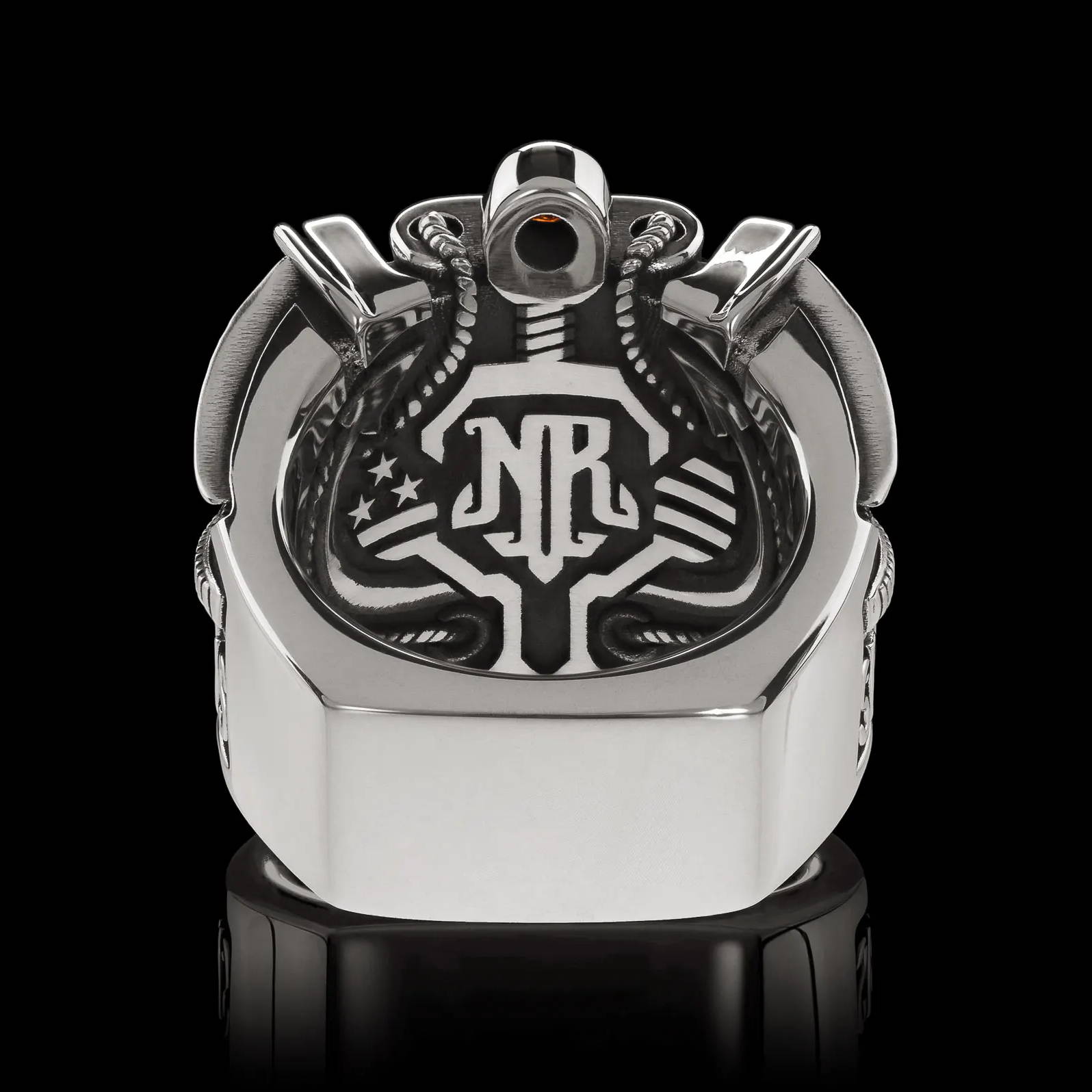 American Eagle – The Eagle is the symbol of the United States, and it is the one part of the emblem that associates the Marine Corps with the USA.

Semper Fidelis – AKA Semper Fi. The motto of the US Marine Corps; Latin for “Always Faithful.”

Anchor – The anchor represents the amphibious nature of the Marines' duties and emphasizes the close ties between the Marine Corps and the U.S. Navy. The anchor in the EGA is not just a plain anchor but a "fouled" anchor, meaning it has rope (or line) wrapped around it. The anchor's fouling has no end, which signifies that it is perpetual—much like the eternity symbol, it means that the Corps will never cease their mission. The fouled line also represents a complex problem of seamanship—one that requires great skill and courage to “unravel.”

Special thanks to Chris for inspiring the USMC Ring, and his wife Leslie for playing a critical role in the design and creation process.

Chris received a custom engraved first-edition USMC Ring created to commemorate his retirement after 29 years of service in the US Marine Corps. 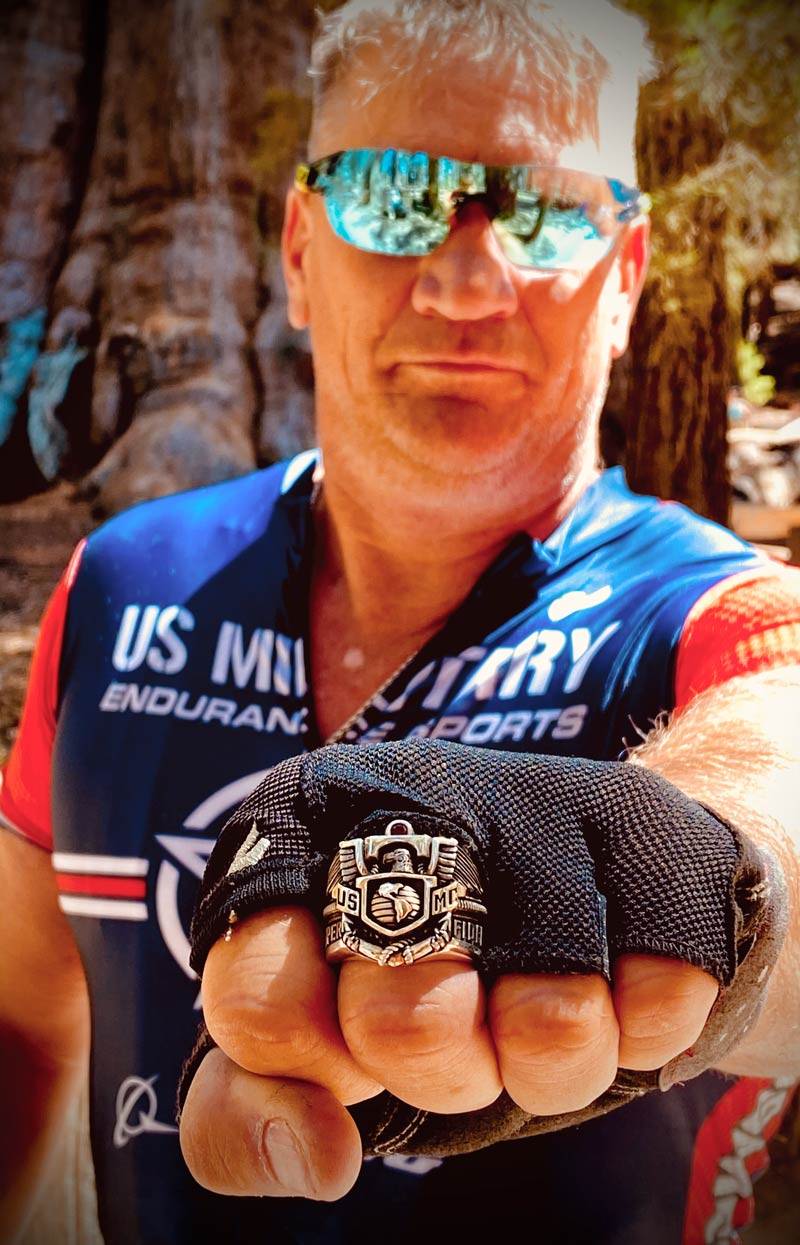