Times may change, but a warrior’s soul does not. Determination and grit are baked into the marrow of their bones. And while present-day challenges take on completely different forms than the past, the warrior’s mental toughness serves him well in this modern version of the battlefield. Where each day brings new challenges, the Thermopylae Band ring reminds us that every battle is yet another opportunity to stand with honor. 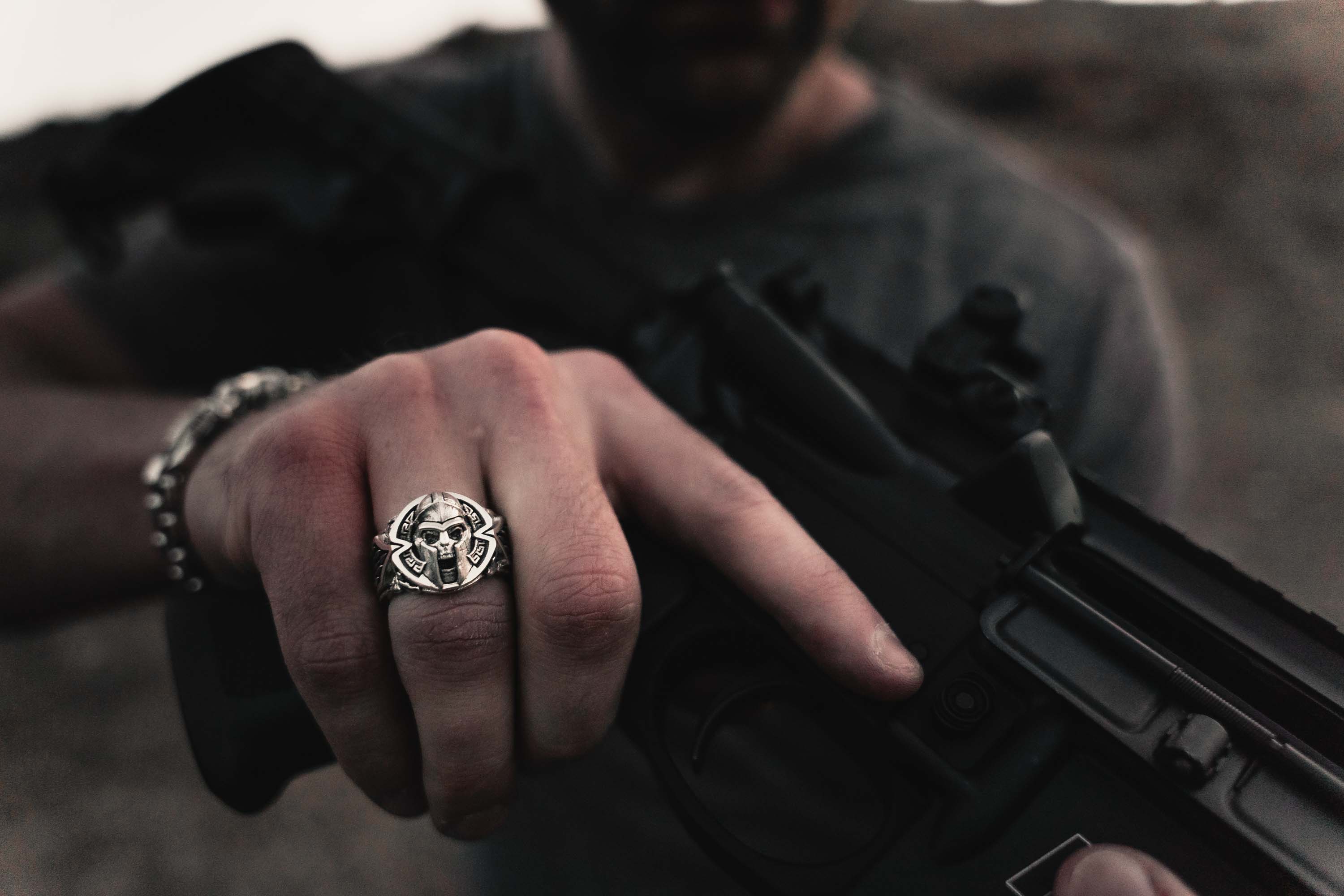 As part of our BattleWorn collection, the Thermopylae Band is about brotherhood, honor, and resolve. It captures a moment in time. A moment where a group of warriors drew a line in the sand, standing their ground for everything they believed in. All of them knowing that the odds were overwhelmingly against them—but also knowing that their brothers had their backs. 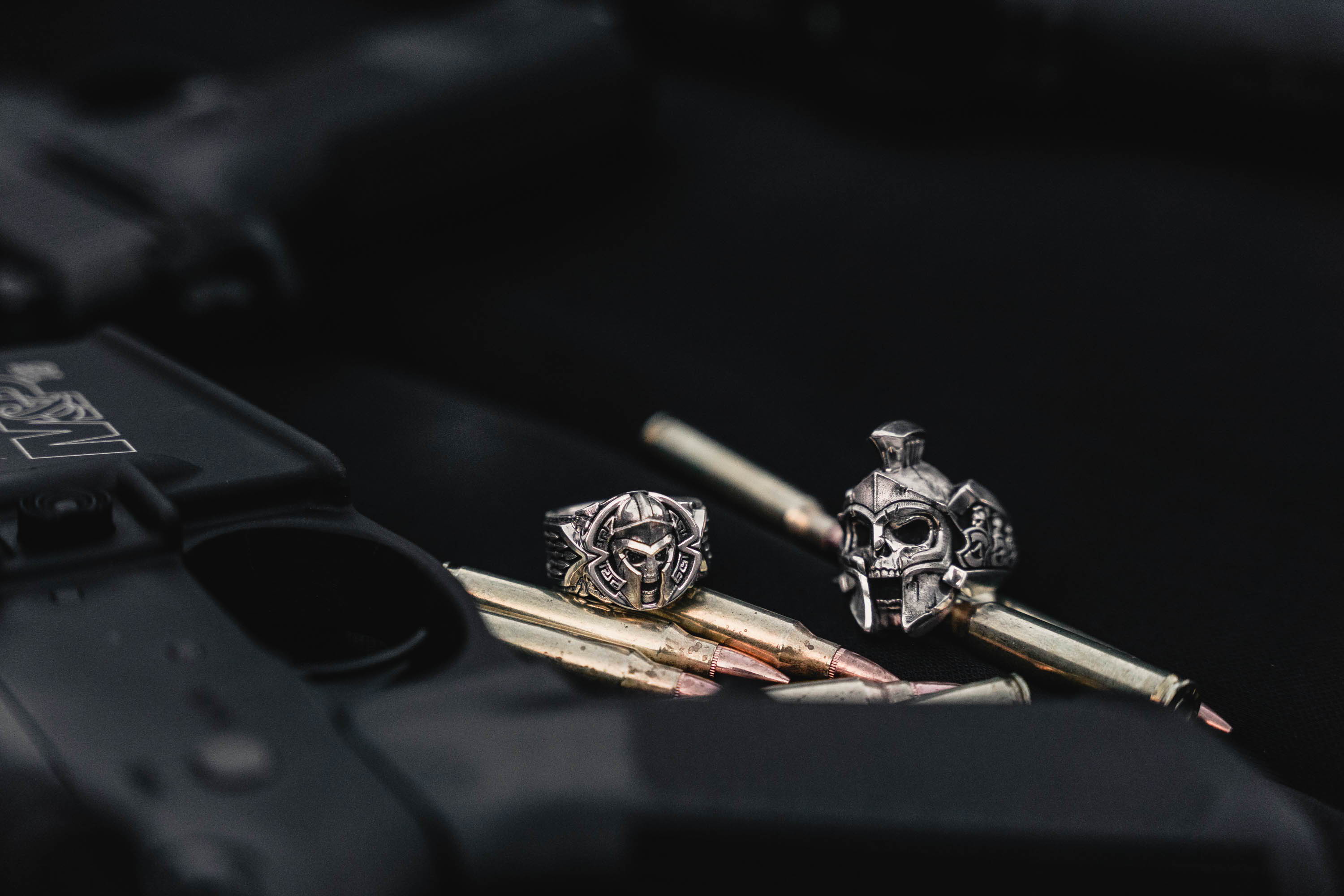 Whether you choose the Thermopylae Band or its brother-in-arms, the original Thermopylae Ring, the souls of the ancient Spartans live on. Bold and unafraid, standing tall in the face of adversity—they're the ultimate symbol of the warrior’s resolve. 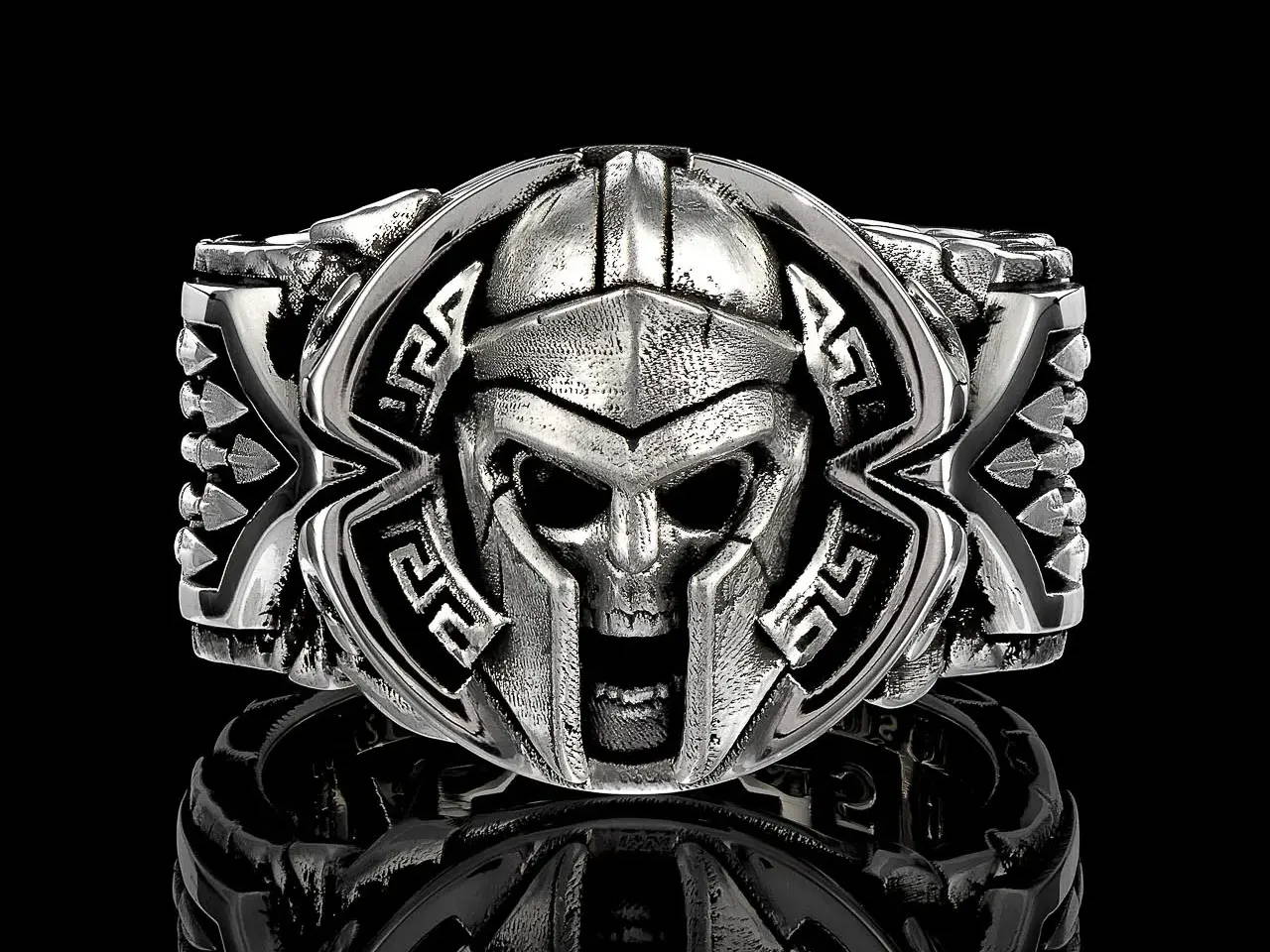 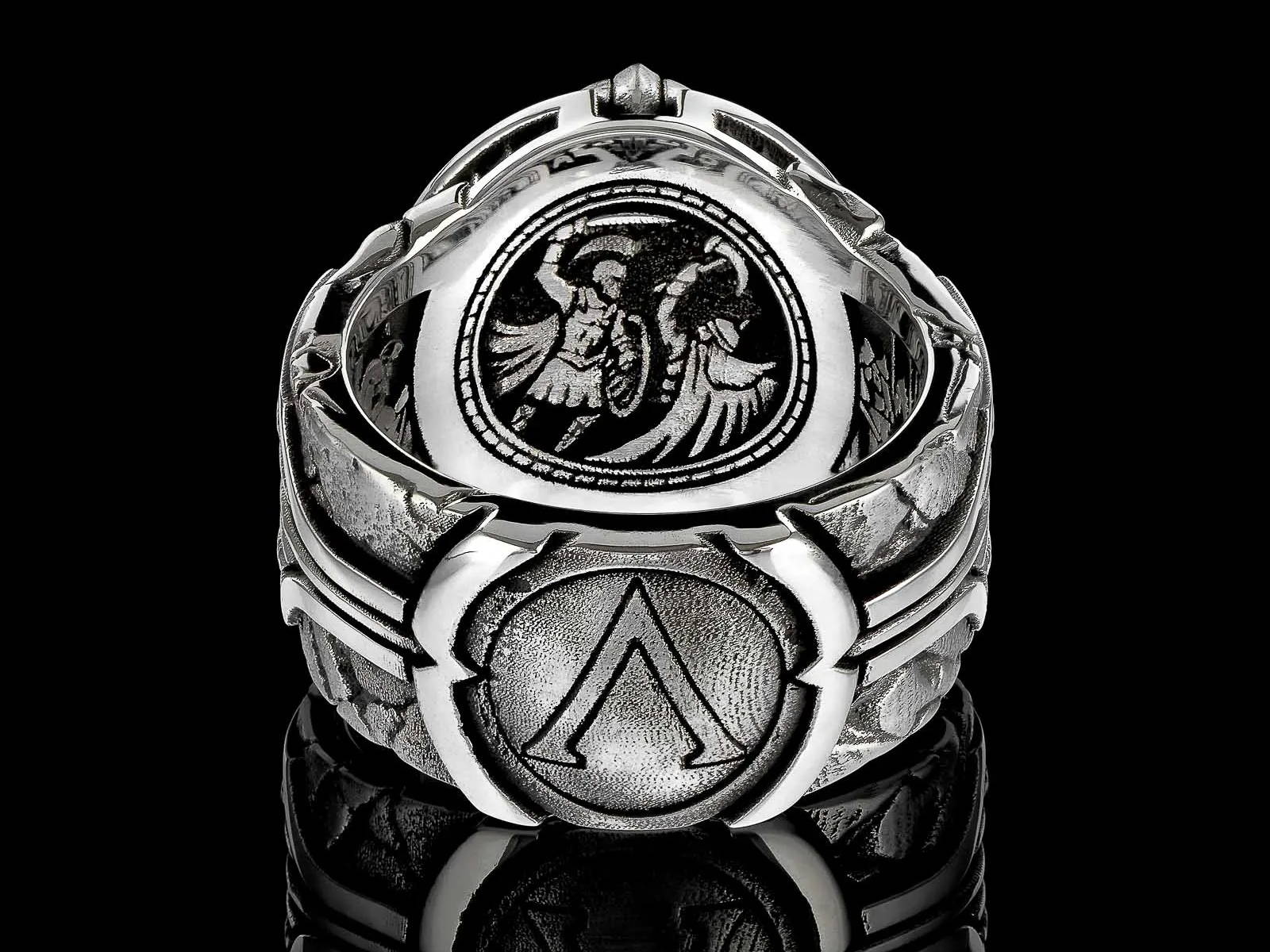 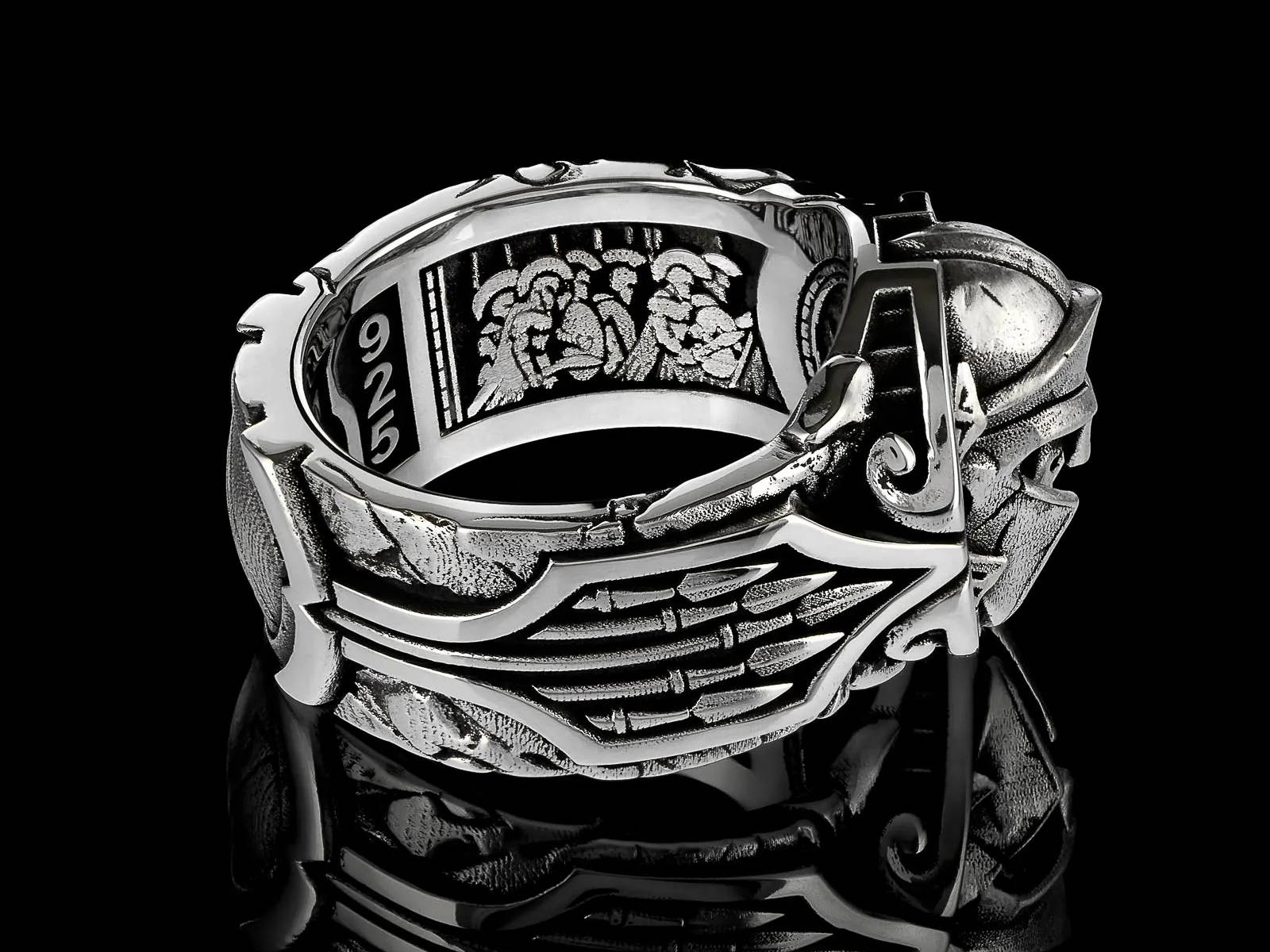 The Thermopylae Band is crafted to tell the tale of one of the most famous battles in history: The Battle of Thermopylae. It depicts the legendary bravery of the 300 Spartan citizen-soldiers who stood against the invading Persian army of Xerxes. Each of the 300 went into battle knowing they were outnumbered, and yet they did not retreat. They chose to stand and fight for their convictions and their way of life, their families, and their homeland.

Look closer. The more you study the Thermopylae Band ring, the more the details of the Battle of Thermopylae are revealed.

The Spartan skull: Frozen in a defiant battle cry, representing the willingness to fight to the death for country, family, and each other

The Spartan helmet: A universal symbol of loyalty, courage, and power

Greek Key: Surrounding the helm, the Greek key design signifies the eternal ebb and flow of life and death

Spears: Each side of the ring is outfitted with the Spartan weapon of choice

Spartan shield: The most prized possession of every Spartan warrior, emblazoned with the Greek letter Lambda

The Under Gallery: The inside of the ring depicts the battle of Thermopylae—with Spartan King Leonidas and Persian King Xerxes locked in battle, their armies at their backs 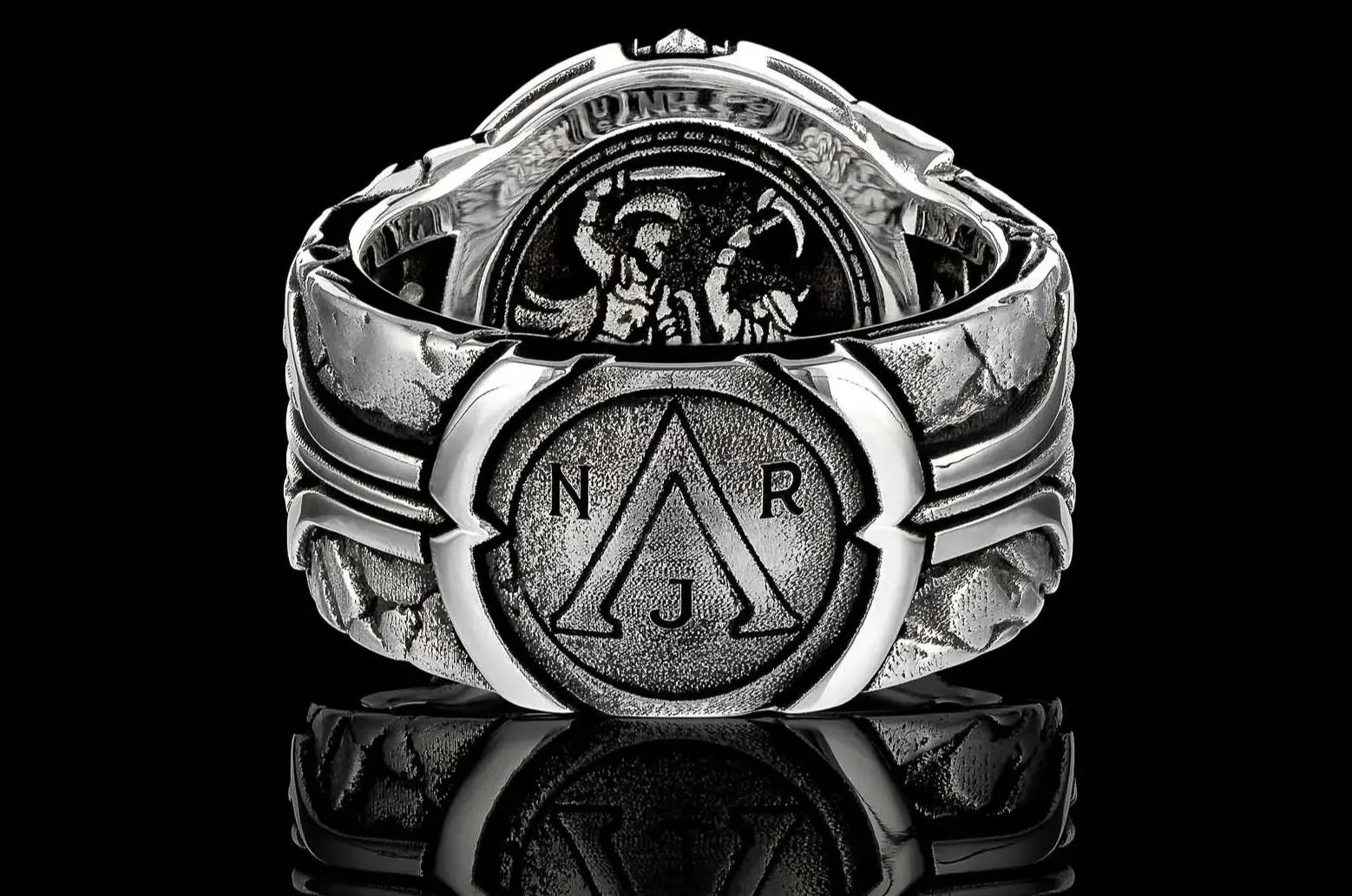 Choose up to three characters to be inscribed on the Spartan shield to create an heirloom piece that will last a lifetime and beyond. It's your chance to make your Thermopylae Band truly one-of-a-kind. Here’s how to get yours:

Whether she’s your Bonnie or he’s your Clyde—doesn’t your partner-in-crime deserve a little something special this Valentine’s Day? This February 14th, don&rsqu …

What better way to wrap up 2022 than with one last new release? We just couldn't resist sneaking in one more new ring before the end of the year&mda …

Our Gift to You this Holiday Season. Did you miss out on our Black Friday or Cyber Monday offers? If you did, you're in luck. We've got a limited supply of our custom-engraved NightRider Med …