(boo-shee-doe) Japanese: “The Way of Warrior.” The code of honor and morals developed by the Japanese samurai warriors.

Every warrior has his code. It’s what provides the moral compass to guide their actions. Because a true warrior must have more than skills on the battlefield—they must demonstrate loyalty, honesty, courage, and character to truly live a life of honor. 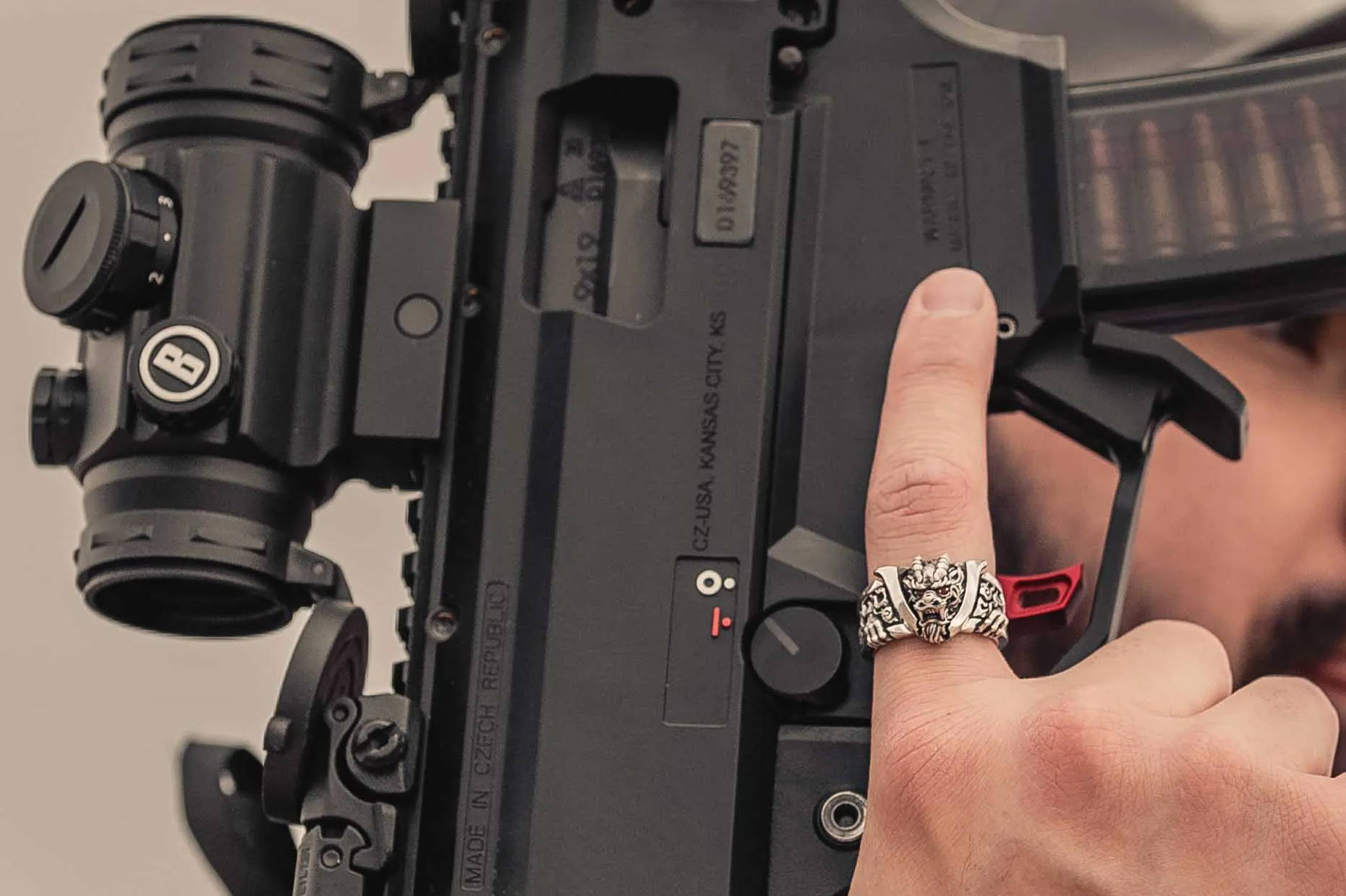 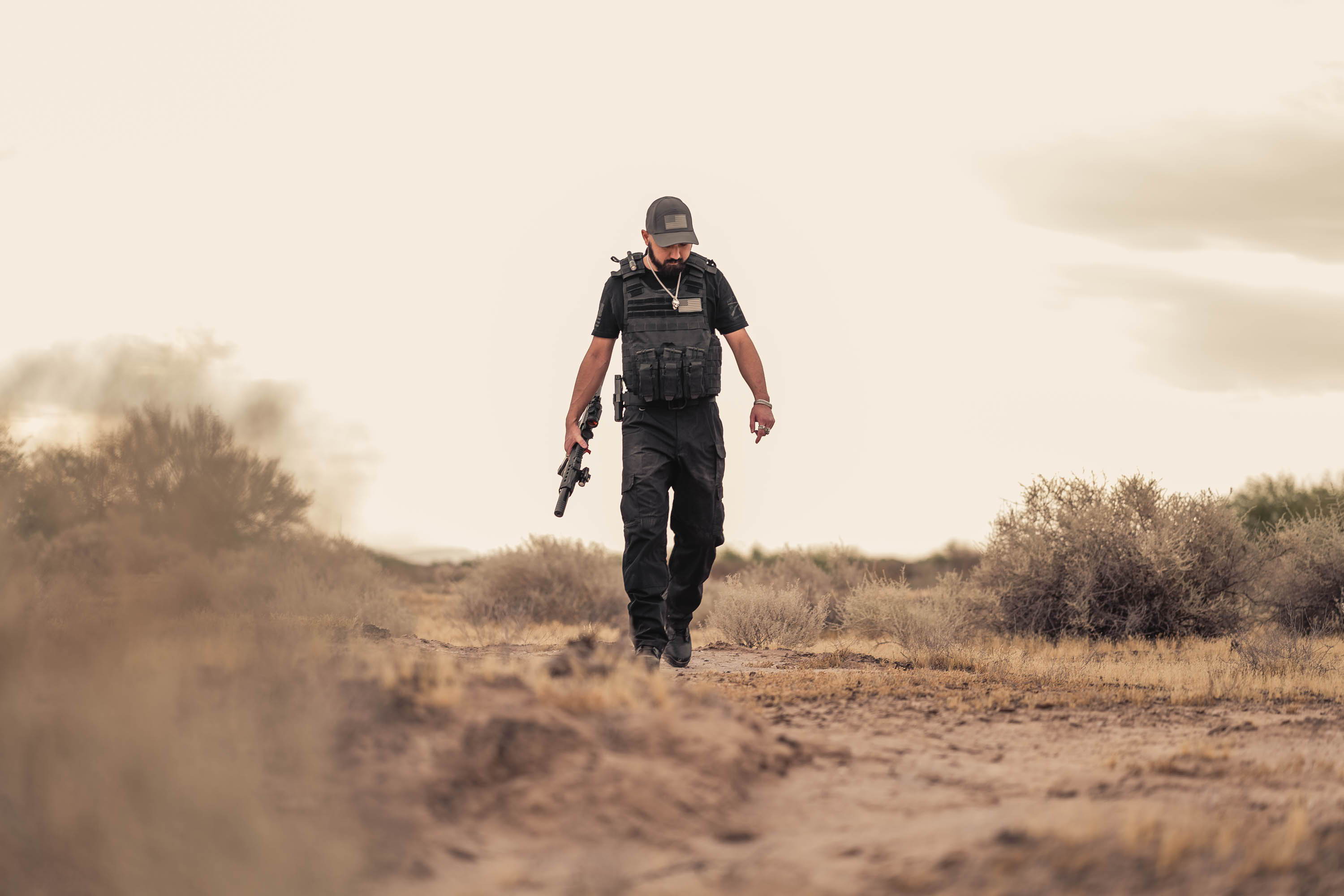 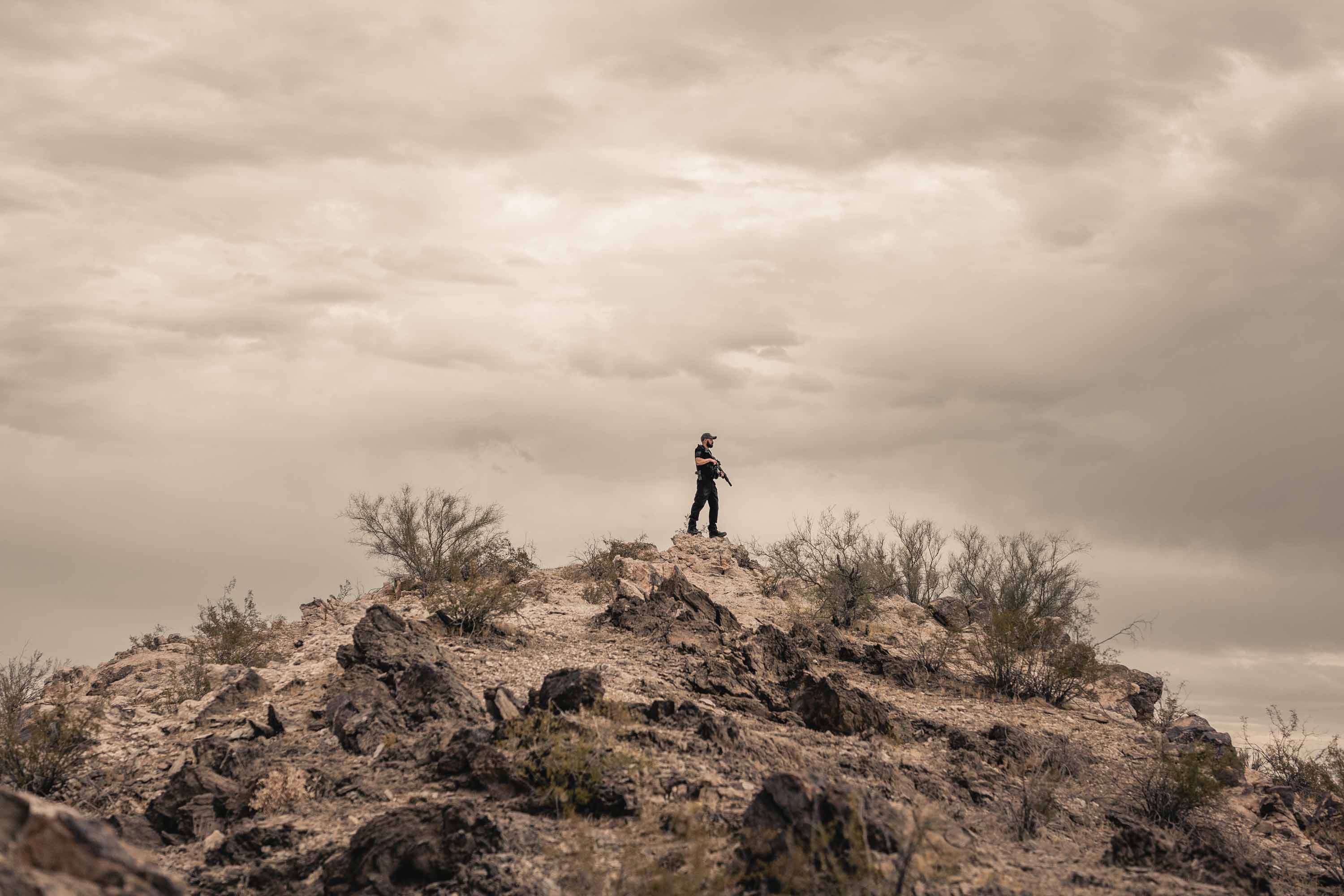 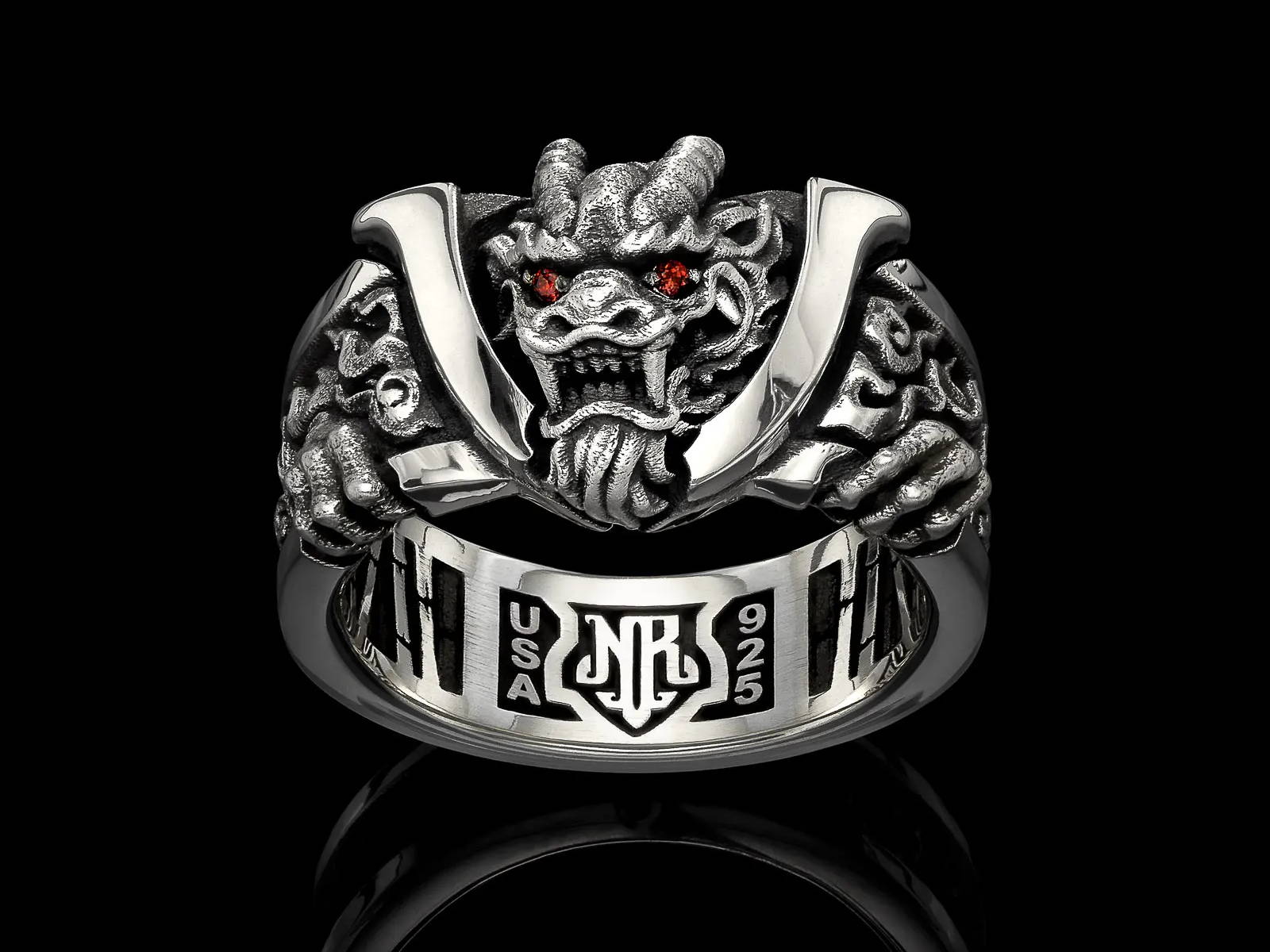 In Japanese mythology, dragons are water deities. These legendary creatures control the seasons and rule lakes, rivers, and the vast oceans. When appeased, they may call forth much-needed rain. When angered, they bring destruction upon humanity by sending deadly floods or tsunamis. But dragons were not only revered as gods. They became a symbol of both the hero and of leadership. More than fearsome beasts, they represent the delicate balance of might and wisdom—and the Bushido Band dragon ring strikes that same balance. 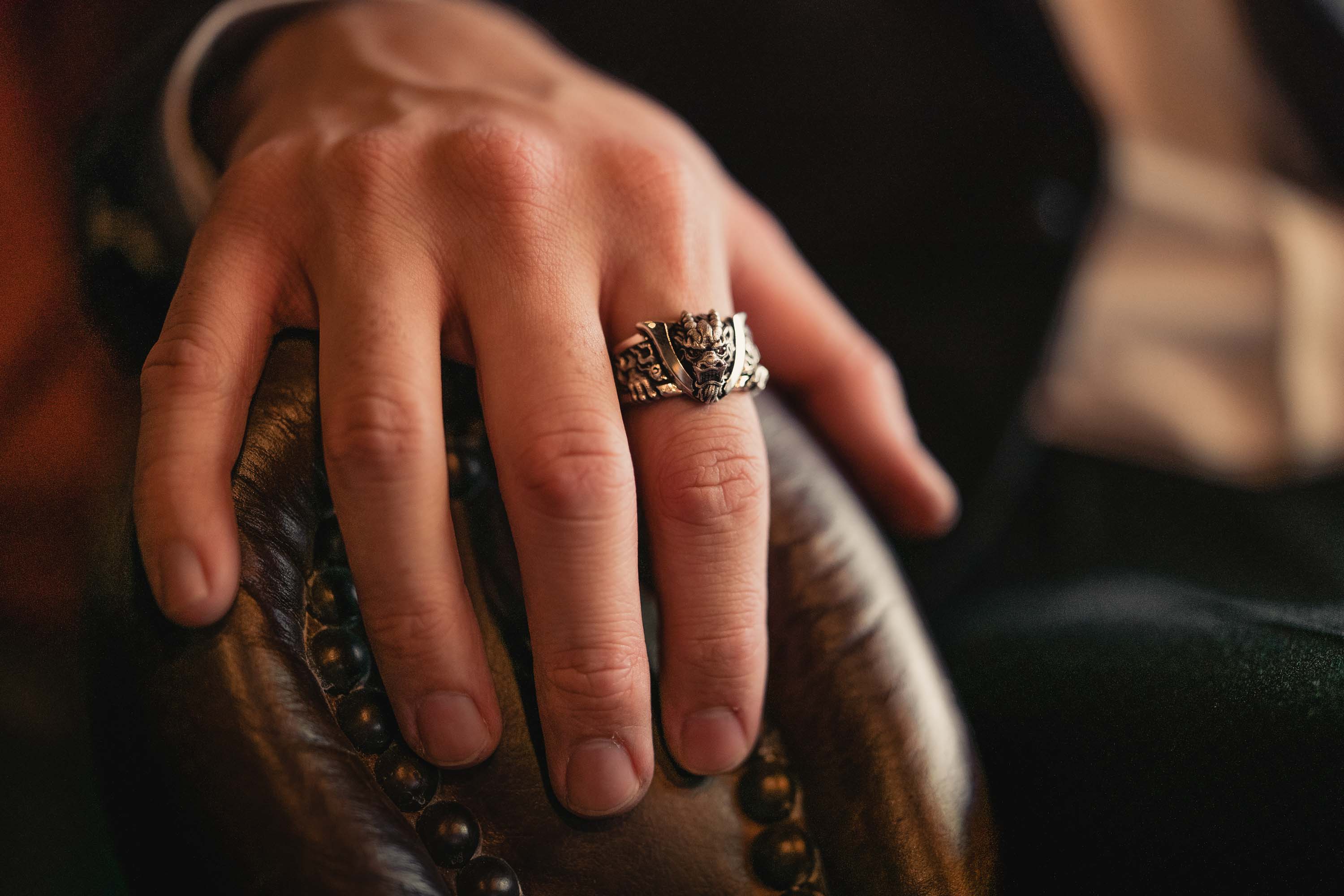 The Japanese Samurai is a quintessential Warrior. Born into a warrior class, their birthright was weapon mastery, war, and battle. Revered for their prowess and strength, they were also respected for embodying the Bushido code in all facets of their lives. The same is true today, because the heart of the dragon still resides in the modern samurai warrior. 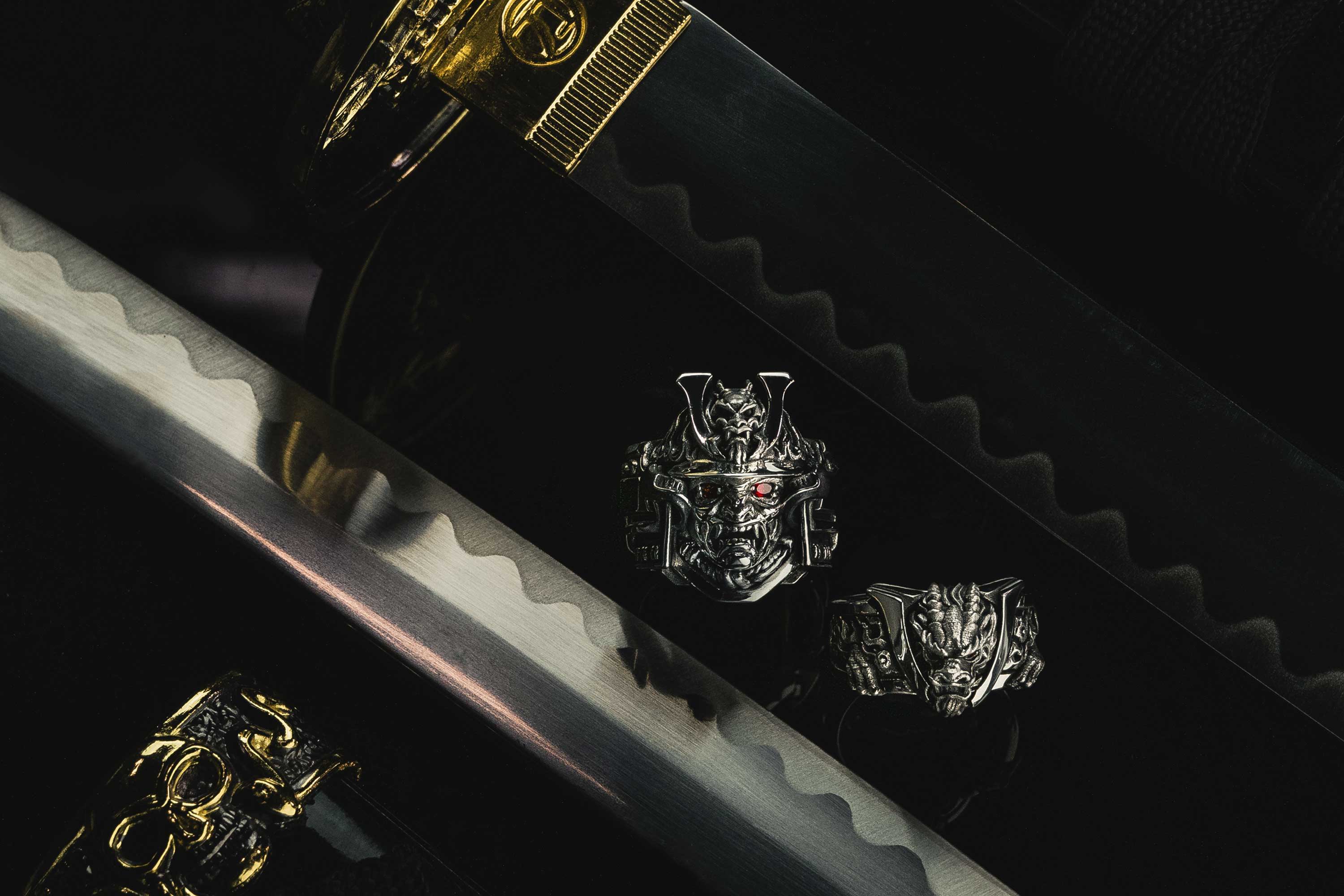 Both the Bushido Band and Bushido Ring are part of the BattleWorn Collection, a series honoring some of the greatest warriors of history. Whichever you choose, the heart of the samurai is captured in sterling silver. 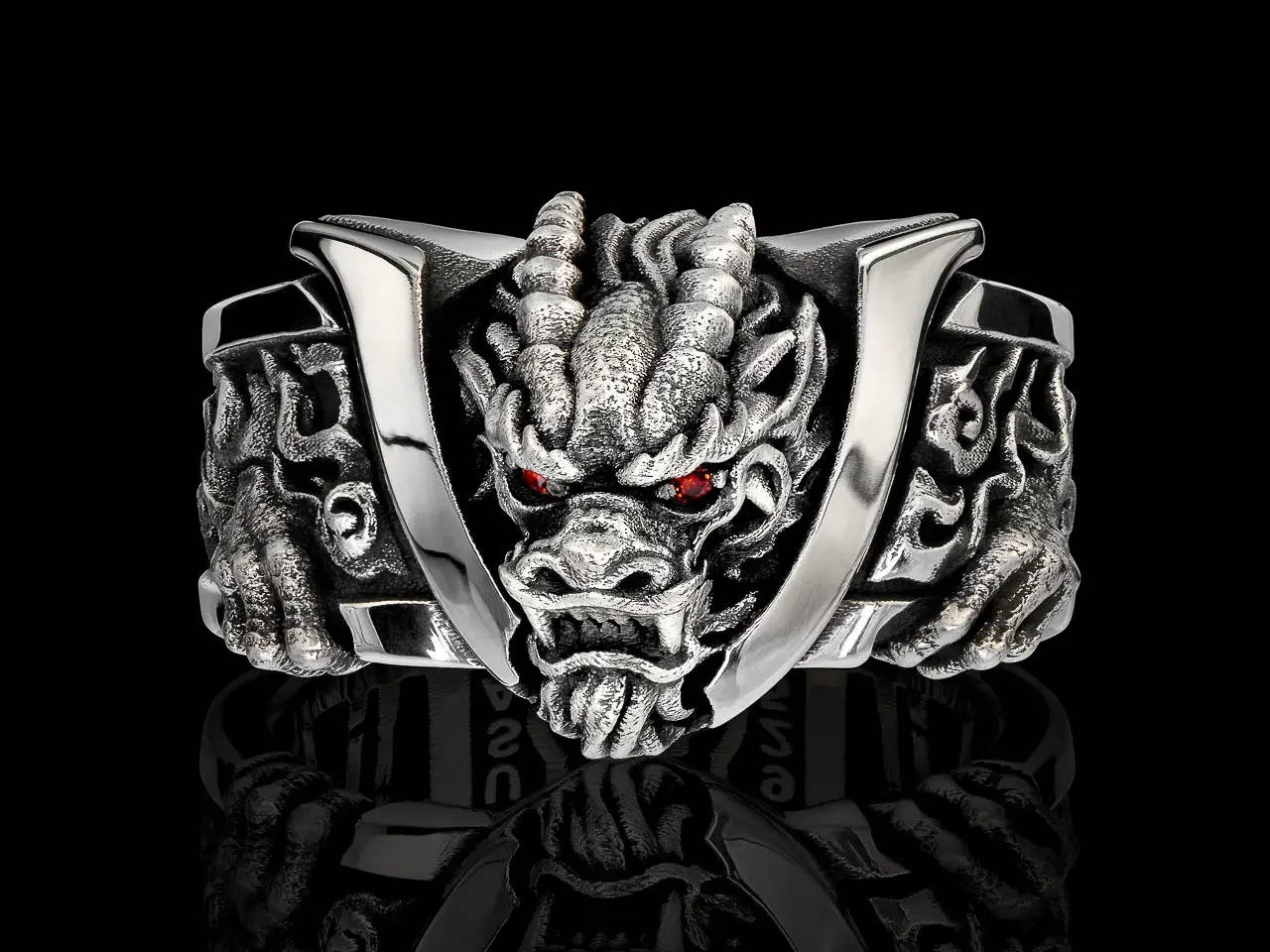 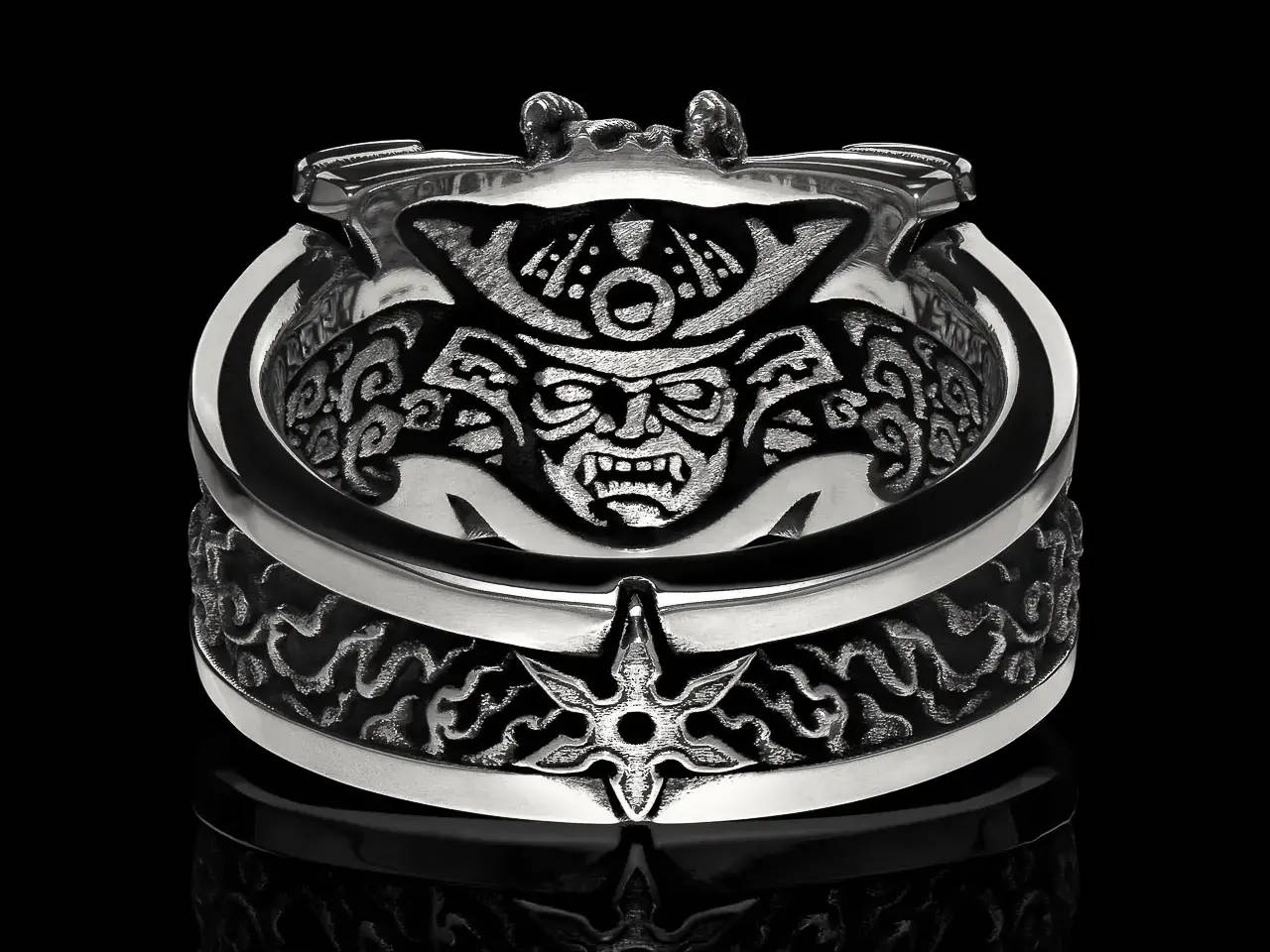 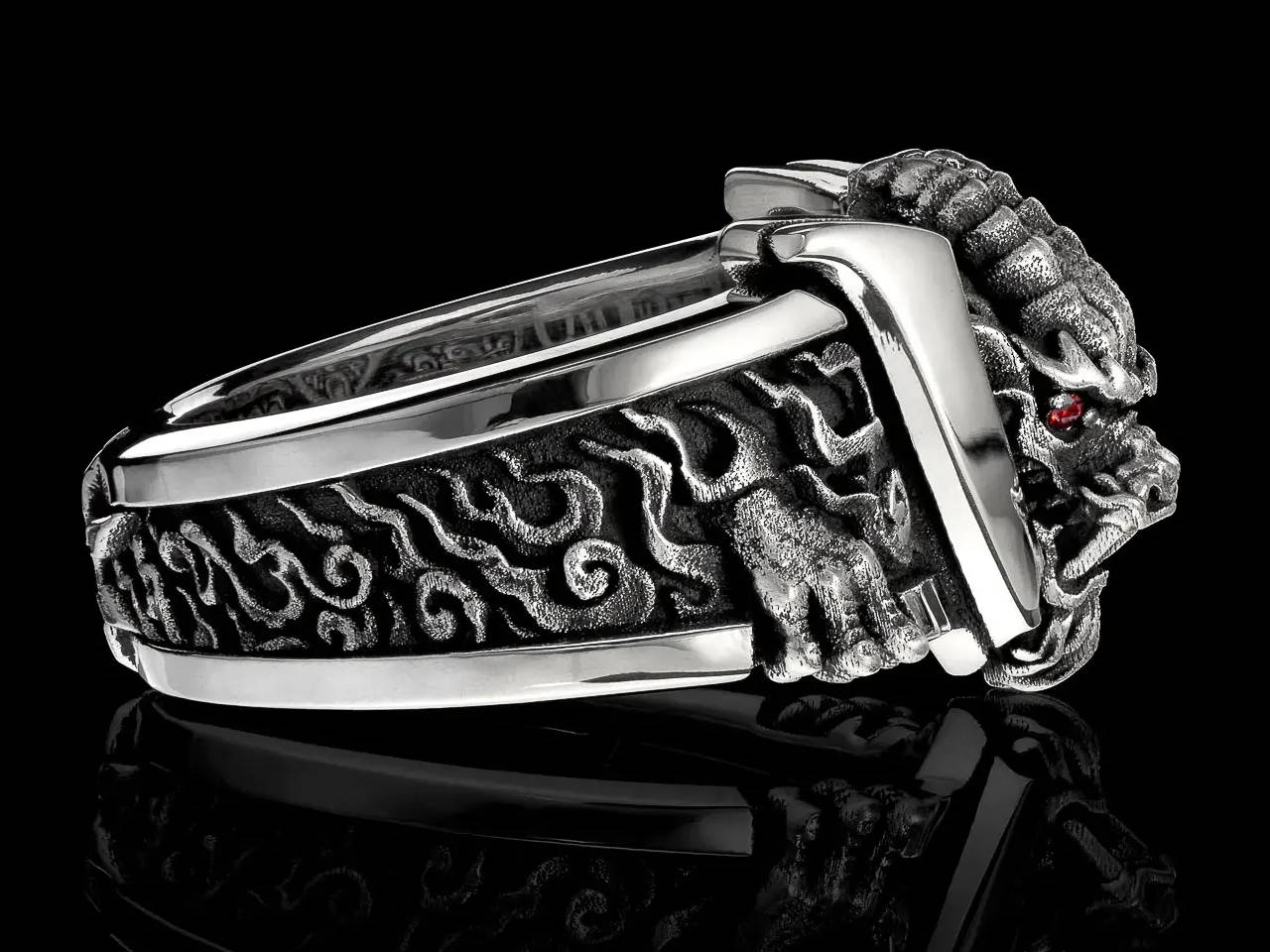 The Bushido Band and Bushido Ring are tributes to the bushido code. And as part of the BattleWorn Collection, they remind us that for a warrior, a life of honor is a life well-lived. Much symbolism is shared between the two rings, but the Bushido Band has its own story to tell:

Horned Japanese Dragon: A symbol of leadership, its three toes distinguish it from its Chinese counterparts (who have 4 or 5 toes), while the horns mark it as the most powerful of its kind.

Kabuto Maedate: The dragon peers from this U-shaped crest, a decorative element that adorns the front of a samurai warrior’s armored helmet.

Flames: Representing the trial by fire of battle that every warrior must face and survive.

Shuriken: Never actually utilized by ninjas, the throwing star was used by samurai to distract and misdirect the enemy.

The Under Gallery: A samurai warrior in full armor, complete with mempo—the menacing facial armor used to intimidate foes.

The Eight Principles of Bushido

I. Rectitude or Justice

You know you need to do better than a card this February 14th, but finding the perfect Valentine's Day gift can seem overwhelming. If you're wondering how to up the romance this year, when y …

NightRider's Holiday Gift Guide 2021 tips: 1) Get your shopping done early this year! 2) Give them a gift that stands out from the crowd. This year has been a doozy. And that means it's mo …

Our Gift to You this Holiday Season Missed out on our Black Friday or Cyber Monday offers? Then this may be your lucky day. We’ve got a small supply of our custom engraved Night …