NightRider Jewelry Announces Their Name This Ring and Win It Contest

NightRider Jewelry Announces Their Name This Ring and Win It Contest

Chandler, AZ: NightRider Jewelry, an American designed and made luxury jewelry brand, announced today that their Name This Ring contest for 2017 will launch this Monday June 19th. A favorite and much anticipated event for their enthusiastic fans, the contest allows one lucky aficionado to not only name the featured ring for posterity, but to win one for themselves. 10 top finalists will first be selected from the thousands of entries, after which voting will be opened to the public on Wednesday, June 28th. The entry that gathers the most votes by Tuesday July 4th, 2017 will win and be announced on Facebook Wednesday July 5th.

Besides garnering buzz on many social media platforms including Facebook, Instagram, and Pinterest, the yearly contest has caught the attention of Neil Patel. A noted digital marketer, Mr. Patel recently cited NightRider Jewelry’s annual Name This Ring promotion as an example of niche crowdsourcing, alongside other high-profile retailers such as Trader Joe’s and Leda.

NightRider Jewelry was founded in 2006 with the idea that jewelry could do better. Be made in America. Created by hand. Brought to life by true artisans. Designed with passion, attention to detail, and pride so that every piece is imbued with true meaning and given a soul. With three retail locations in Scottsdale, AZ., Denver, CO., and Honolulu, HI., in addition to the online store, the company is proving that true American handcrafting is alive and well. For more information, please visit: www.nightriderjewelry.com 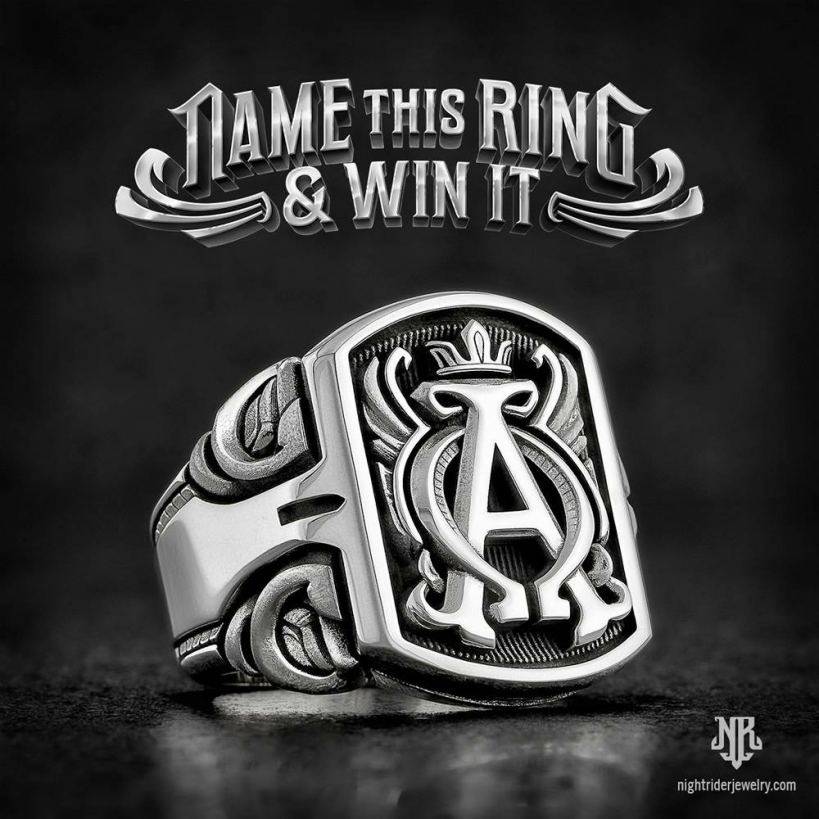